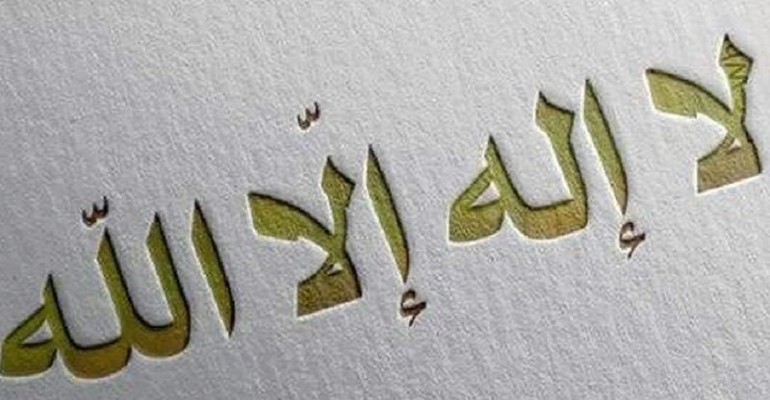 In the name of Allāh, the most Merciful, the bestower of mercy.

Its linguistic meaning is:

Islamically it means: To make Allāh, the Glorified, one in all that is exclusive to Him, including His lordship, His right to worship and His names and attributes.

Is the word Tawhīd mentioned in the Qur’ān?

[The types of Āyāt pertaining to Tawḥīd]

1st Type: Information about the names and attributes of Allāh, or the actions of Allāh.

This is called Tawḥīd al-ma’rifah wal-ithbāt (knowledge and information). It is obligatory upon us to believe in this.

2nd Type: Āyāt that call to the worship of Allāh alone without associating partners to Him and abandoning anything else that is worshipped.

This is called Tawḥīd al-Ulūhiyyah (worshipping Allāh and seeking Him).

4th Type: Āyāt which talk about how Allāh will reward the people of Tawḥīd and obedience and what they will be rewarded with.

5th Type: Āyāt about the people of shirk and what Allāh will do to them in this life and how they will be punished in the next.

Thus, all of the Qur’ān include these types of Tawḥīd.’ [1]

Has Tawhīd been mentioned in the Qur’ān?

Before mentioning the Āyāt, it must be noted that whenever derivatives of the word “Tawḥīd”, such as “aḥad” “waḥḥidu” etc… are mentioned in the Qur’ān, their intended meaning is: Tawḥīd.

Examples include the following Āyāt,

{Or were you witnesses, when death approached Ya’qūb, when he said to his sons, “What will you worship after me?” They said, “We will worship your God and the God of your fathers, Ibrāhīm, Ismā’īl and Isḥāq – one God. And we are Muslims [in submission] to Him} [02:133]

Ibn Kathīr said regarding the words {One God}: ‘its meaning is “We will make Allāh One in His worship.”’ [2]

This is the very essence of Tawḥīd.

At-Tabari said regarding the words {one God}: ‘its meaning is “we will make Allāh One in His Worship and His lordship.”’ [3]

This is the very essence of Tawḥīd.

{They have certainly disbelieved who say, “Allāh is the third of three.” And there is no god except one God. And if they do not desist from what they are saying, there will surely afflict the disbelievers among them a painful punishment} [05:73]

Once more, the words {And there is no god except one God} is an affirmation of Tawḥīd.

Has Tawhīd been mentioned in the Sunnah?

The Sunnah refers to the statements, actions, tacit approvals and the physical and personal traits of the Prophet ﷺ.

Similar to the Qur’ān, the word Tawḥīd is mentioned through one of its derivatives or by meaning.

Examples include the following Aḥādīth:

Firstly, when the Prophet ﷺ sent Mu’ādh ibn Jabal to Yemen he said to him

O Mu’ādh, you will go to the people of the book, let the first thing you call to them be that they should single out Allāh [in worship].

The saying of the Prophet ﷺ ‘single out Allāh’ is a present tense verb. By default, this saying is a saying of infinity, a meaning which has no time limit.

In another narration, the Prophet ﷺ said to him,

Oh Mu’ādh, you are going to the people of the book so when you come to them call them to the oneness of Allāh. [4]

Secondly, the saying of the Prophet ﷺ,

Islām is built upon five. [The first] is to single out Allāh…

In another wording, he said,

In another wording, he said,

‘Islām is based upon five, and the first pillar is that Allāh is worshipped [alone]’. [5]

Tawhīd from the statements of the Salaf.

The term Salaf refers to the Ṣaḥābah (Companions), and those who came after them upon their methodology. Their understanding of Tawḥīd stems from the Qur’ān and the sunnah.

The Prophet ﷺ said regarding the Salaf,

Examples of narrations include,

Labbayk, allaahuma labbayk…labbayk, laa sharika laka labbayk…
“Here I come, Oh Allāh here I come. Here I am, no partner do you have. All praise and all bounty and all kingdom belong to you, you have no partners.”

Second: When the Wafd (delegation) of ‘Abdul-Qays came to the Prophet ﷺ; he told them to believe in Allāh alone and asked then them, ‘do you know what is meant by believing in Allāh alone?’

They replied, ‘Allāh and His Messenger know better.’

It means: to testify that none has the right to be worshipped except Allāh (i.e. Tawḥīd) and Muḥammad is His messenger. [7]

Fourth: Ad-Dārimi said: ‘the meaning of Tawḥīd in the Ummah is “Lā ilāha ila Allāh”…’ [9]

Fifth: Al-Ājurri said: ‘Tawḥīd is to say “Lā ilāha ila Allāh” with certainty in your heart.’ [10]

May peace and salutations be upon our Prophet Muḥammad ﷺ, his Companions and followers.

[1] Refer to: Every Ayah in the Qur’an is regarding Tawhid – Madeenah.com