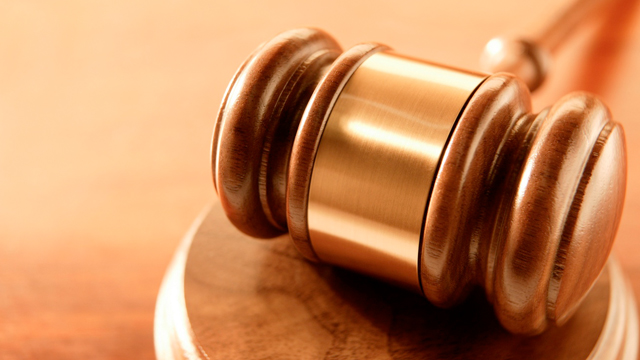 Firstly: Categorizing people according to desires and pride, this is prohibited, Allaah the Glorified said:

{O mankind! We created you from a single pair of a male and a female, and made you into nations and tribes, so that you may know one other (not that you may despise each other). Verily the most honored of you in the sight of God is the one who is the most righteous. And God has full knowledge and is well acquainted with all matters.}

“All of you are from Aadam, and Aadam is from dust, an Arab does not have virtue over a non-Arab, nor does a white person over a black person, [virtue] is only through Taqwaa”

Superiortiy is only through Taqwaa, not by colors or nationalities.

Secondly: Categorizing people according to their creed and actions so that each category takes its place and is treated in a befitting manner. This is legislated as people are not all the same; amongst them are disbelievers, believers, hypocrites, the righteous, the sinners etc. This categorization is present in the Book and the Sunnah, and there is no way it can be rejected due to its affirmation in the legislation and reality, a poem reads:

Thirdly: Categorizing the believers according to what Allaah blessed them with in terms of knowledge, faith and actions. This is also present in the Book and the Sunnah, Allaah the Elevated said:

{Those are the Messengers! We preferred some of them to others}

{Not equal are those of the believers who sit (at home), except those who are disabled (by injury or are blind or lame), and those who strive hard in the Cause of Allaah with their wealth and their lives.}

Fourthly: Categorizing the believers into Sunnees [followers of the Sunnah] and Bid’ees [innovators] and into believers with complete Eemaan [faith] and believers with incomplete Eemaan, and into upright people and sinners. This is done to put people into their respective places, each category is treated according to what befits it legislatively, and giving them their due rights is legislated; the Messenger of Allaah – صلى الله عليه وسلم – said:

“Place people in their respective places.”

Fifthly: Categorizing disbelievers according to their religions, treating each one according to what Allaah legislated is a necessity and a legislated obligation. The People of the Book have specific rulings, atheists have their own rulings and polytheists have their own rulings in this religion. Concerning the afterlife then they are all in the hell fire if they die upon disbelief, but they have different levels of torment. In any case, one must differentiate between the believers and the disbelievers, the people of the Sunnah and the innovators, Allaah said:

{Verily, those who believed, and emigrated and strove hard with their property and their lives in the Cause of Allaah as well as those who gave (them) asylum and help, – these are (all) Awliyaa to one another } to His saying { And those who disbelieve are Awliyaa of one another, (and) if you (Muslims of the whole world collectively) do not do so to make victorious Allaah’s religion of Islaamic Monotheism], there will be Fitnah (wars, battles, polytheism) and oppression on the earth, and great mischief and corruption (appearance of polytheism).}

Al Imaam ibn Katheer, may Allaah have mercy upon him, stated:

“Allaah mentioned the types of believers and categorized them into those who were thrown out of the homes and wealth and came to support the religion of Allaah and His Messenger and establish it, they spent their lives and wealth in this cause, and into Ansaar, the Muslims of Madeenah at that time; they sheltered their brothers the migrants in their homes and made them equal partners in their wealth, and they also supported the religion of Allaah and His Messenger and established His religion and battled with them. So they {are (all) Awliyaa to one another} Meaning each one of them is more rightful than anyone else to the other. {And those who disbelieve are Awliyaa of one another} When Allaah mentioned that the believers are Awliyaa of each other, He cut of the Muwaalaat between them and the disbelievers, and the meaning of the saying of Allaah {if you do not, there will be Fitnah (wars, battles, polytheism) and oppression on the earth, and great mischief and corruption} is that if you do not leave the Muwalaat of the polytheists and have Muwalaat to the believers, a Fitnah would befall the people, and it is confusion in the affair and the mixing of the disbelievers with the believers and so extensive corruption would occur.”

{O you who believe! Avoid much suspicion; indeed some suspicions are sins.}

{O you who believe! If a Faasiq (liar – evil person) comes to you with any news, verify it, lest you should harm people in ignorance, and afterwards you become regretful for what you have done.}

So categorizing people is not permissible in totality, and it is not prohibited in totality, rather it is a detailed issue dependant on the evidence.

{and let not the enmity and hatred of others make you avoid justice. Be just: that is nearer to piety.}

It is the Muslim’s duty towards the contradicting paths to call them to Allaah, order them with good and prohibit them from evil, and strive against them so that they may emerge from darkness into light, from disbelief into belief. They shouldn’t leave them in their errors and misguidance while they are able to put some effort into saving them; Allaah said:

Meaning you are the best of the people for the people.

It becomes clear from this that the categorization of people is a detailed issue, and that it is present in the Legislation and is permissible, rather it may be an obligation to clarify the truth and refute falsehood so that there is no confusion, if this wasn’t the case, then why were books authored in the topic of religions and sects such as ‘Al Farq bayn al Firaq [The Difference between the Sects]’ by al Baghdaadee, ‘Al Milal wan Nihal [Religions and Sects]’ by al Shahrastaanee, and ‘Maqaalaat al Islaamiyyeen’ by al Ash’aree and ‘Al Fasl’ by Ibn Hazm.

I say this, and Allaah is the granter of Success, and may the Salaat and Salaam be upon our Prophet Muhammed, his family and companions.