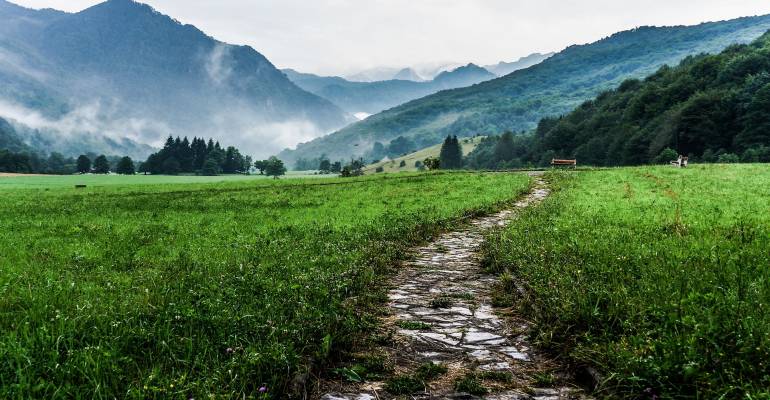 After watching an interview with a Muslim brother from one of the Gulf countries, who left Islām for Atheism, spent many years upon this, and thereafter reverted to Islām, I wrote some points of benefit in Arabic, intending for these notes to be of benefit to an Arabic speaking audience.

Several brothers requested that I also make the same points available in English; perhaps Allāh would make it a cause of guidance for the western audience.

I entitled my original points:

Lessons and contemplations from: ‘The journey of the one who returned from Atheism to the Fitrah.’

The original video, in Arabic only, can be viewed below:

As aforementioned, the original video is an interview with a man who uses the name, ‘Abu Abdullah.’ He grew up in a Muslim family in a Muslim country. However, he renounced Islām, remained upon Kufr for many years – may Allāh save and protect us – and thereafter returned to Islām with the guidance of Allāh, from his own free will, understanding and insight; having spent these long years living the “freedom” and “liberalism” he perceived he would find in Atheism.

His upbringing and background

How did he end up becoming an Atheist?

His journey back to Islām

His advice to youth who are going through doubts about Islām

May Allāh keep us firm upon Islām and protect us from doubts and desires.
May peace and blessings be upon His Prophet and his followers.

[1] There is no doubt that we should encourage our young to read books. However, it is the responsibility of the parent/guardian to choose books – and more so cartoons/videos – which bring some benefit to the young reader. Do not be ignorant of the hidden messages some of these books and cartoons may contain. Some contain aspects of shirk and kufr such as stories of magic. Children should not be left to choose what they watch and read, rather they should be guided by their parents to books which do not dispute Islāmic morality. I firmly believe that an author of any book – fictional or non-fictional – only writes a book with a certain set of objectives and motives in mind.

[2] This is a doubt amongst many weak-hearted Muslims that being a ‘good person’ means you are a good Muslim, regardless of Aqeedah, Hijaab, Salaah etc. Many callers who seek to water down the religion spread this dangerous doubt. Good manners undoubtedly play an important part in Islām, yet how many people possessed good manners but remained upon Kufr and therefore entered Jahannam. Moreover, the foundation of good manners is one’s relationship with Allāh, the strength of a person’s Aqeedah and how much they abide by the Sharee’ah. Our outlook should not be that we value ‘good manners with people’ yet place no value upon good manners with Allāh.

[3] This is a misconception amongst many young Muslims, particularly university students who think social/Islāmic “activism” is the primary objective of Islām. Music, free mixing and carelessness in ‘Ibaadah is all justified on account of social and Islāmic activism. It is important to emphasise that Allāh placed us upon this earth to worship Him upon Tawhīd, and to live our life within the boundaries of the Sharee’ ah – all else is secondary to this.

[4] The primary objective behind any act of worship is complete submission to the command of Allāh. Any other benefit is secondary.

[5] Unfortunately, amongst the groups are those who belittle the call to Tawhīd and the importance of rectifying people’s Aqeedah, yet this is the very reason that Allāh sent each of the Prophets. It is the basis of a person’s Islām and it is what keeps a person firm in the face of doubts. The brother in the interview identifies his lack of studying Aqeedah as being a reason for the weakness of his īmān, even though he studied ‘Fadāil Al-A’maal’ (The virtue of voluntary acts of ‘Ibādah).

[6] A Muslim only seeks to please Allāh regardless of whether the people around him are accepting or not. The Prophet (sal Allaahu alayhi wa sallam) said,

[Narrated by Ibn Hibban in his Saheeh]

[7] Freedom, in this life and more importantly, in the Hereafter, is found in submission to Allāh. As for a person who is imprisoned by his desires or wanting to please people, then this only leads to misery and unhappiness.
How pertinent are the words of the virtuous companion Rab’iyy Ibn ‘Amir to Rustum, the Commander of the great Persian empire, during the battle of Al-Qādisiyyah in the year 14h. When Rustum questioned Rab’iyy about his mission, he replied:

[8] Shaytan misguides people in small steps. It often begins with an action that a person may belittle, but it is an avenue to bigger sins. For this reason, Muslims should distance themselves from celebrations which are not from Islām such as birthdays, anniversaries, New Years, Mothers Day etc. Becoming negligent about these matters today will lead to many more misguided actions tomorrow – and this is the very plot of Shaytan. Perhaps this is the wisdom behind the Prophet (sal Allaahu alayhi wa sallam) warning so severely against imitating non-Muslims. He said:

Whoever imitates a group of people, will be resurrected along with them.

[9] A person becoming angry for the sake of Allāh and at times, using a level of firmness in correcting a mistake is an indicator of his care and concern for the person. This brother realised this and therefore the first person he approached was the same relative who had initially been harsh with him. As for mere flattery and belittling of sins, then this is not ‘wisdom.’ Rather, it shows a lack of courage and īmān.

So your brother is the one who advises you, reminds you, and alerts you. Your brother is not the one who gives you no thought, avoids you, or speaks to you with pretty words that lack real truth and sincerity. Rather, your brother, in reality, is the one who advises you, the one who admonishes you, and reminds you. He calls you to Allaah, keeps explaining to you the path to deliverance clearly until you follow it, and warns you about the path to destruction – he keeps explaining to you how evil its end is until you avoid it.
[Majmu Fatawa Wa Maqalat Mutanawi’ah Vol. 14 P.21]