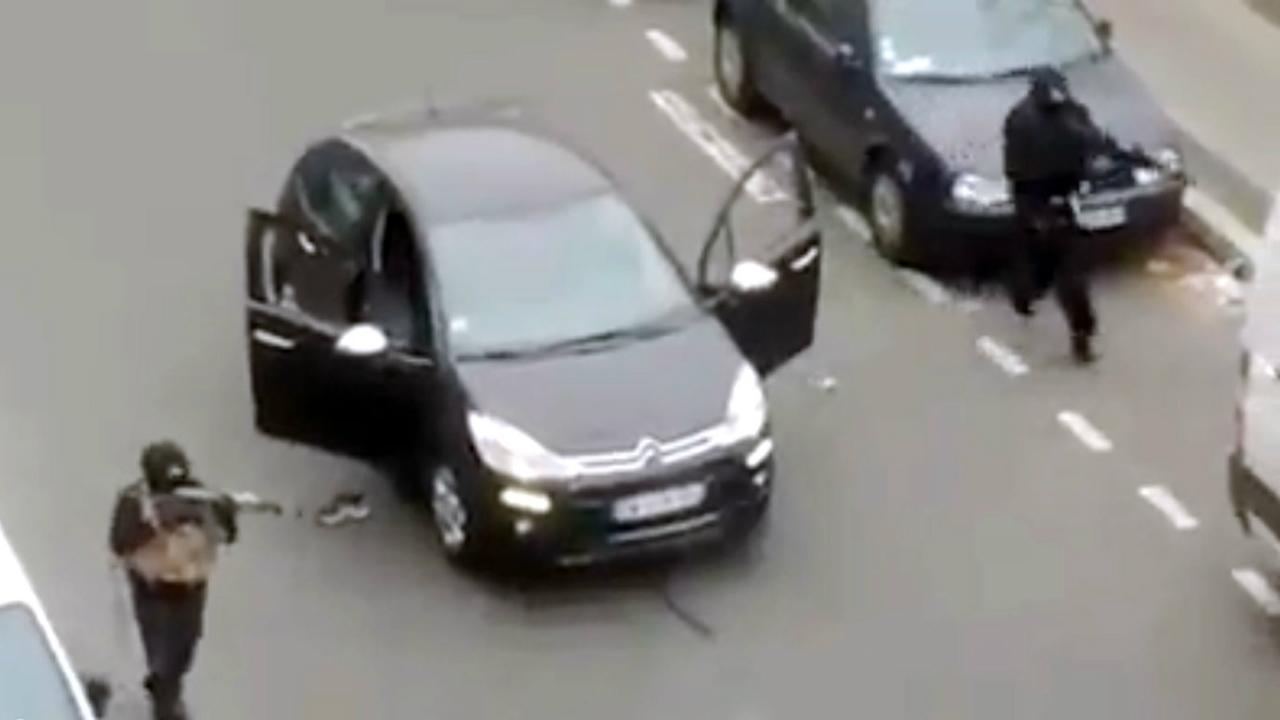 All praise is for Allah and may peace and blessings be upon our Prophet Muhammad, his family and companions.

I had previously published an article entitled: “Mocking and insulting the Prophet Muhammad and his religion incites terrorism.” [1]

This was after the vile behaviour of the Danish newspaper ‘Jyllands-Posten’ in which they published (in Sep. 2005) twelve different cartoons mocking and depicting the Messenger of Islam, Muhammad (peace be upon him). In one of these cartoons, the Prophet (peace be upon him) appeared to be wearing a turban resembling a bomb around his head!

I said in my previous article:

“The shameless position of these two newspapers incites organised global terrorism against which conferences and workshops have been organised – of course, the definition and understanding of terrorism is differed over. These newspapers incite terrorism, because sometimes a person may not be able to control his anger when incited through blatant mockery of his religion and its people.

It must therefore be asked: Is it not appropriate that international laws are legislated against those who engage in such actions which mock Islam and its Prophet, and utilise methods which encourage and provide growth to terrorism?

What occurred last Wednesday (7th January 2014) in France, the attack on the headquarters of the French newspaper ‘Charlie Hebdo’, was due to them mocking the Prophet of Mercy (peace be upon him) in 2011. This proves exactly what we feared and expected, a reaction which not only harms the cartoonists who courted a reaction but also other innocent non-Muslims, as well as Muslims who are citizens of the country and those who are residents therein.

Due to the consequences of the attack and what I have seen that happened as a result of this attack, as well as a request from some of the Muslim brothers living in the West as minorities, I present an Islamic viewpoint regarding what happened in France. I say, seeking aid from Allah:

First: The crime of insulting the Prophets and mocking them is a severe crime, worse than killing without a right and worse than taking an innocent life. This is because such an act entails disbelief in Allah (the Glorified), especially when mockery is done of the Seal of the Prophets – Muhammad (peace be upon him), the one who was sent as a Mercy to mankind, as Allah (the most High) said:

Second: Every country should control its media outlets – newspapers, television channels or otherwise and prevent them from ridiculing and mocking the Prophets and Messengers (peace be upon them all) in any form. [It must also be understood that] mocking any of the Prophets is not from the claimed “freedom of expression.”

Third: It is from human rights that anything which a person holds to be sacred is not violated, and even more so that it is not insulted and ridiculed. Without doubt Islam is the truth, in fact it is the religion of truth which Allah is pleased with. He (most Glorified) said,

Despite this, it is an established principle in the religion of Islam, that Allah has prohibited us from insulting other deities who are worshipped besides Allah. He (Most Glorified) said,

{Do not insult those whom they invoke other than Allah, lest they (in return) insult Allah in enmity without knowledge} [06:108]

Fourth: It is upon all Muslims – individuals, governments and organisations – that they address and respond to any mockery of the Prophet of Mercy Muhammad (peace be upon him). They should refute the doubts that are broadcasted by those who mock, and they should use all the appropriate means to prevent their actions. They should declare themselves innocent, in front of Allah, from this action; and free themselves from blame by doing everything possible to repel whatever is used to insult the Prophet.

This can be done by reaching out to the relevant authorities, in order to prevent the licensed official newspapers and other ones from committing such acts in future.

Fifth: It is known that the punishment which has been prescribed for those who deserve it is not for individuals, parties or groups to carry out. Rather it is restricted to the Muslim state; it is the right of the Muslim ruler. If every Muslim took it upon himself to seek revenge for an action, even if it was something major, then it would result in great harms, calamities and tribulations which would not cease, neither in the Muslim countries nor any other country. This would also lead to an increase in instability and lack of peace in the countries.

Sixth: In light of our situation and the modern era we live in, particularly when faced with mockery of the Prophets and specifically the Prophet of Mercy (peace be upon them all), the obligation upon us all is to remain upright upon the Book of Allah and the Sunnah of His Messenger (peace be upon him), spread the Islamic teachings of tolerance, and clarify to the people that the Prophet of Islam is a mercy to all of mankind.

Many of those who have a sense of justice from among the non-Muslims have borne witness to this, as mentioned in the book: ‘Islam and the Messenger in the eyes of the people of justice in the East and West.’ [2]

Seventh: The bloodshed of Muslims and their displacement, currently taking place in a number of countries, in view of the whole world; we plead our innocence from it in front of Allah and we disapprove of it very strongly. The obligation upon all of the governments is to strive and make every effort to stop this oppression, so everybody is able to live in peace and safety. This has to be done in every country, so that there will be no room for any person to cause dissent and seek revenge.

Eighth: The attack and murder that took place in France, at the offices of the French newspaper ‘Charlie Hebdo’ – even though they themselves committed a heinous crime by mocking the Prophet (peace be upon him)- the killing which occurred is an act that is not permitted in the Islamic law – as clarified previously. In a previous article I warned against the reprisal which was expected from some of the Muslims.

Ninth: The consequences of mocking the Prophet of Islam, as well as individual reactions of revenge, do not bring about any benefit or advantage for the Muslims, nor other than them. Rather, such actions open doors of animosity which are near impossible to close again.

These actions result in evil consequences, whether it is in France or in any other country. The evidence for this, is what we saw the very next day after the attack on the headquarters of the newspaper, when Mosques and Muslims were attacked.

The attack on the newspaper also portrays the religion of Islam in bad way, which is not its reality; and this is exactly what the enemies of Islam desire.

Tenth: I also deem it appropriate to say that I appreciate what the French President Francoise Hollande stated concerning the hostage takers in Paris: “they are fanatics who have no relation to the Islamic religion.”

I hope his statement will prevent any type of aggressive reprisals against the Muslims, or their mosques and centres. I also hope, in future he will take a firm stance against everything in which there is mockery of the Prophets (may peace and blessings be upon them all).

In ending I ask Allah (the Glorified and Most High) that He guides us to all good and rectification: that He bestows upon us knowledge and the correct understanding of the religion; that He rectifies our affair and alleviates the oppression from all our brothers in every place.

May peace and blessings be upon Prophet Muhammad, his family and companions.

[2] This book, authored by Shaykh Ahmed Ibn Hajr Butaami (may Allah have mercy upon him), clarifies the many virtues of Islam, the role Muslims played in developing civilization and then the author mentions statements from the people of the East and West regarding Islam and Prophet Muhammad.