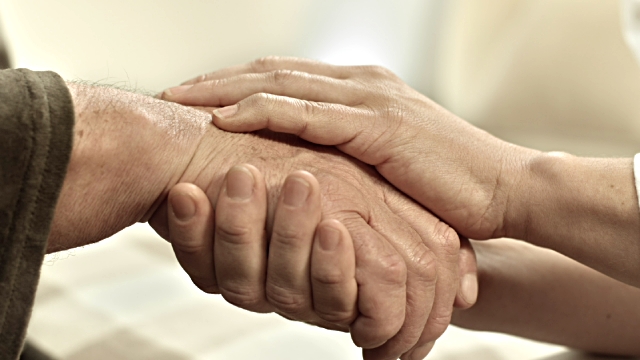 It is a great virtue and blessing to be approached by a non-Muslim who is interested in Islam, a person should feel blessed that Allah has chosen him/her to fulfil the blessed duty of conveying Islam and possibly enter a person into His religion – in essence opening the door to Paradise for that person by the guidance and permission of Allah.

This blessing should be appreciated as there is much reward in it. If a person accepts Islam due to your guidance – after the guidance of Allah – you will be rewarded for every act of worship they perform thereafter. This means every Rak’ah they pray, every Aayah they recite and every little they give in charity, for you is a share of reward from Allah. The Prophet (sal Allaahu alayhi wa sallam) said:

However this opportunity must be fulfilled properly and given its due right by a person who is able and qualified to do so, otherwise wrong information or using a lack of wisdom could distance the person from Islam.

What should you do before the Shahaadah?

When a person shows interest in accepting Islam, it is assumed that they already have some knowledge about Islam. It is important to not delay them unnecessarily, as this may result in the individual becoming hesitant, unsure or even death coming to them before entering Islam. Nor should a person tell them to think about Islam further and ‘come back when they are sure’ or delve into the finer details of Halaal and Haraam. In most cases, they will have some questions they want answered before accepting Islam. The main concept they must understand is Tawheed and Shirk. Islam is a religion which recognises One Creator, who must be singled out in all forms of worship and no other being is entitled to any worship including Muhammad, Jesus, any saint or righteous person.

After this, they must understand the Risaalah – that the One Creator communicates to His creation by sending Prophets, Messengers and His Divine books. The Messengers such as Ibraheem, Moosa, ‘Eesa and Muhammad (alayhim as-salaam) are not objects of worship, rather they are simply people who taught us about the Creator and how to worship Him.

The word “God” can be used to refer to Allah whilst giving Da’wah as it means Supreme Being. It is not however a name of Allah. So Allah is not invoked by the word “God” because we have been ordered to invoke Him by His names:

{And to Allah belong the best names, so invoke Him by them. And leave [the company of] those who practice deviation concerning His names} [07:180]

If there are other questions or misconceptions, a Daa’ee or Imaam who possess knowledge, wisdom and the correct Aqeedah should be approached. In any case, the focus is on Tawheed and Risaalah, and a person should not be distracted by discussing issues such as Hijab, Jihad, beard, marriage etc.
If the person is willing to accept these two core concepts of Tawheed and Risaalah, they are ready to enter into Islam by verbalising the Shahaadah.

What should you do during the Shahaadah?

The Shahaadah does not have to be said in the Masjid, or in front of many witnesses, nor does a person have to be in a state of Wudhoo, however they must not be intoxicated. It can be done at any place and time. It is preferred however to be done in the Masjid with a person of knowledge so the person will develop a relationship with the Masjid and can have any questions answered.

It is important to show understanding and act accordingly, perhaps too many people will overwhelm them or conversely a group of people will add to a positive environment; the over-riding factor is to be sensitive to the person wanting to accept Islam.

It is important to explain each step of becoming a Muslim to the person before they do it; do not assume he/she understands what Shahaadah is. So you explain to them that in order to accept Islam they must verbalise what they already believe in the heart, and that is by saying certain words in both Arabic and English, which they will repeat after you. This should be broken down in smaller words to make it easy.

If some of the words are uttered incorrectly, there is no problem in repeating those words.

*If the person wanting to accept Islam was a believing Christian who used to worship ‘Eesa, after the second Shahaadah they should be taught to say:
“wa ash-hadu anna eesa abdullah wa rasooluhoo wa kalimatuhoo al-qaaha ilaa Maryam wa roohun minhu.”

After the Arabic, the new Muslim is taught to repeat the meaning of what they said:

Begin by saying “I bear witness” and the individual will repeat after you.
“there is no deity/god”
“worthy of worship”
“except Allah”
“He is alone and has no partners.”
“I bear witness”
“Muhammad is”
“the Worshipper of Allah”
“and His final Messenger.”

* And if the person was formerly a practising Christian, they repeat:
“…And I bear witness that Eesa/Jesus was a worshipper of Allah, His Messenger, His word which He inspired to Maryam/Mary and a soul from Him which He created…”

The new-Muslim is informed that by uttering this testimony they have affirmed what they already believed in their heart, is now a Muslim and one of our brothers/sisters.

In most cases, this is an emotional step for any person and can be over-whelming, so it is important to offer words of encouragement, celebration and make sincere supplication for them in a language which they understand.

In the future, the new-Muslim may require a certificate for official documents or for travelling, so again the presence of a male/female representative of the Masjid community is a good step to take.

What should you do after the Shahaadah?

Entering into Islam and verbalising the Shahaadah is the easiest step in being a Muslim, the more difficult phase of the journey is to follow. After the emotional step of taking the Shahaadah and being in the company of several Muslims, the new Muslim will ultimately return home alone, and this can indeed be a lonely experience. Therefore, maintaining contact, exchanging contact details, inviting them to our homes, gatherings, lessons, dinners and integrating them in to the community is very important. It is crucial they are offered continuous support and build relationships with other Muslims with whom they can feel comfortable to discuss issues relating to their private matters. Special care should be paid to times such as Eid, Ramadhan, Christmas, Easter, Diwali etc

It is good practice for a ‘support-worker’ or ‘new Muslim mentor’ to be designated from the Muslim community to be the first point of contact for Islamic matters. To avoid confusion and mixed messages, guidance on such matters should be coordinated and the individual should seek advice from a Daa’ee or Imaam.

There should be no segregation between “reverts” and “ethnic Muslims”, in fact such terms do not exist. There is only a Muslim, and many “ethnic Muslims” themselves are “reverts” if we consider the instances of Shirk, Kufr and abandonment of Salaah which they were upon. So every Muslim has upon them the same obligations, and is in need of the same knowledge. Of course a ‘new Muslim’ is in need of special care and attention during the first months, other than this they are a Muslim like any other with no segregation.

What do you need to teach them first?

The steps taken in teaching is in accordance to the teachings of your Prophet (sal Allaahu alayhi wa sallam). When he sent Mu’adh Ibn Jabal to the Jews and Christians to invite them to Islaam, he said:

The above Hadeeth sequences the obligations:

And then after this the other pillars of Islaam and aspects of Aqeedah will be learnt by attending lessons, reading books etc… However issues pertaining to Salaah, and before it Wudhoo and Tahaarah (purification) is learnt through the ‘new Muslim mentor’ and/or a Daa’ee or Imaam. Initially, a new Muslim can pray by merely imitating the actions of the congregation, and is taught to repeat Allahu Akbar to start Salaah, and then say “Alhamdulillah”, “SubhanaAllah” and “Laa Ilaaha illa Allaah” throughout Salaah. Then Soorah Al-Faatihah should be taught, and eventually the other statements of Salaah.

It is important to allow the new Muslim to learn at their own pace and this requires patience from both the mentor and the new Muslim; more so when the Quran is being taught beginning with the alphabet/

Books, Apps and the Masjid

The most effective form of Da’wah and teaching is in attending the Masjid lessons, Friday sermons, being able to question a Daa’ee or Imaam – in person or via email; and other informal gatherings with righteous Muslims. This is the base of Islamic learning and will remain so. So a new Muslim should be regularly reminded and invited to attend the Masjid.

In certain situations, such as work commitments or distance, a person may not be able to attend the Masjid regularly. In such instances books, websites and apps can be helpful. Advise new Muslims with such avenues however ensure that they are authentic, and do not contain any form of Ghuluww (extremism or exaggeration).

May Allah guide us all to His straight path; may peace, blessing and salutations be upon our beloved Prophet.