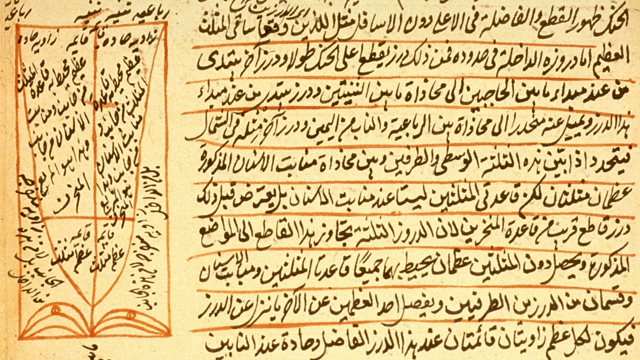 …and Shaykh ‘Abdul Muhsin al ‘Ubaykaan, may Allaah increase him in virtue and success, he is different from those who have already been mentioned by name or by their innovation. Allaah has preferred him with knowledge, actions and calling to Allaah upon Baseerah. I believe him to be from amongst the best of those whom Allaah has made combine between legislated knowledge and action, and allegiance to the country of Tawheed and advice for its rulers, and groups of the students of knowledge continue to travel to him.

Rather, the souls of the Hizbees or the Harakiyoon were inclined to him in hopes that they would make him join the ranks of those who revolt against the Jamaa’ah of the Muslims and their ruler, and he almost inclined to them a little. But Allaah made him firm and destroyed their evil suspicions of him, so they dispersed from around him in questionable obstinacy:

So their distancing themselves from him, and his distancing himself from them was a great victory in land of the call to Allaah upon the methodology of the Messenger. Allaah made him an unsheathed sword drawn towards the obstinate militants and their offshoots of Takfeer, bombings and all types of trails whether apparent or hidden.

Translator’s Note
Notice how the criticism came in a manner so beautiful it is seen as praise while still clarifying the error- an example of the manner in which Ahlus Sunnah refute or clarify errors amongst each other. That Ahlus Sunnah refute the error whoever it is coming from, but they differentiate between individuals of Ahlus Sunnah falling into error and other than them, recognize their virtue and refute accordingly.

Notice that you will not hear cries of:

“Why is he attacking a Salafi/Sunni/Muslim?”

…from the refuted or those around him except from those who have not fully understood the methodology of Ahlus Sunnah and whose hearts may still be inclined to Hizbiyyah, or that they turn it into a personal issue of him vs. so and so, us vs. them or this group vs. that group etc. If the one refuting from Ahlus Sunnah is in error, then the refuted from Ahlus Sunnah is supported and the one refuting is rectified and rebutted in a manner that is best, if the one refuted from Ahlus Sunnah is in error, then he is grateful that Allaah blessed him with someone to point out his errors and free the people from them, and does not try to turn it into a personal issue as if it is he who is the focal point and not the Da`wah itself, even if he believes himself to be correct.

The point being that it is the religion of Allaah that takes the first priority in being cleansed and purified from errors attributed to it no matter who is making them, and that when this is done, people should not think in the partisan manner of names or organizations and keep the religion of Allaah and the truth as the first priority. For more information on how Ahlus Sunnah refute each other, please refer to the following two articles:

i) Dealing with those who have Errors

ii) Criticizing some of the Du‘aat