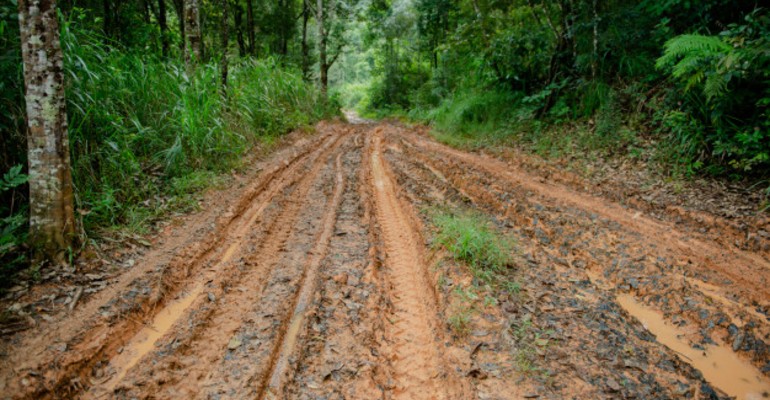 There is a doubt amongst many Muslims, that they consider mud to be impure. Due to this doubt, they may even refuse to pray Ṣalāh if there is mud on their footwear or clothing.

It is important to understand that the word “Najas” – translated as impure – is a Shar’ī term, and therefore must be understood within the context of the Sharī’ah. The word “Najas” has been defined by the Fuqahā as: “an impurity which Islamically prevents the validity of Ṣalāh”. [1]

A substance can only be considered Najas (impure) if there is an evidence from the Qur’ān and Sunnah; not every substance which we culturally consider “dirty” or “impure” is necessarily Najas in the Sharī’ah

With regards to mud, there is no evidence to suggest it is Najas (impure), in fact, the opposite is true – a number of evidences prove that mud is Tāhir (pure). This includes:

From the above evidences, it is clear that mud, soil, sand and any other naturally occurring substance upon the earth is in fact Tāhir (pure) and does not invalidate Wudū, make a person’s clothing impure or prevent Ṣalāh.

Allāh knows best; may peace and blessings be upon our Prophet, his family, companions and followers.

Written by Abul Abbaas Naveed Ayaaz.
Graduate from the Islamic University of Madeenah.

[2] Abu Hurayrah (radiAllāhu ‘anhu) narrates that the Messenger of Allāh ﷺ said, ‘the cleansing of a utensil belonging to one of you, after it has been licked by a dog, is to wash it seven times, and using soil the first time.’ [Muslim]

[4] The Prophet ﷺ said, ‘Be different from the Jews, pray wearing your slippers or shoes.” [Abu Dawūd].
The scholars have clarified that shoes should be worn when praying if in a place which is unfurnished, however in furnished places such as contemporary mosques and houses, the shoes should be removed before Ṣalāh.

[5] The Prophet ﷺ said, ‘if one of you steps on filth, the earth (i.e. rubbing footwear on bare earth) is their purification.’ [Abu Dawūd]