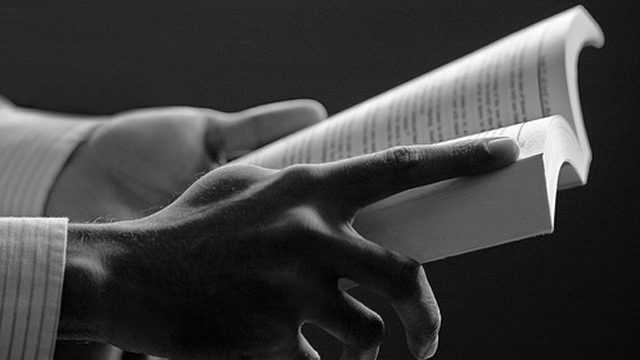 All praise is due to Allaah and may the Salaat and Salaam be upon the Messenger of Allaah, his famlily, companions and those who follow him.

The following are some statements made by Shaykh Ahmad as Subay’ee – may Allaah preserve him – in a lecture entitled ‘Enjoining the Good and Forbidding the Evil’, which can be found on Sahab.net.

I advise the Salafi students of knowledge to listen to it, for it contains valuable advice and steadfast directions, especially since it rectifies some of the problems and the deficiencies that they have with them these days in methodology that are not from the methodology of the Salaf, which is innocent of any type of obstinacy, fanaticism and any type of criticism towards the Salafi scholars.

I chose two sound pieces of advice from his lecture, and all his lectures are sound, they are as follows:

The first: Shaykh Ahmad as Subay’ee – may Allaah have preserve him – stated:
Indeed from the greatest of issues that a person of knowledge, understanding and righteousness should know today is:

The second: Shaykh Ahmad as Subay’ee – may Allaah preserve him – stated:

The righteous predecessors used to debate each other, refute one another, and advise one another. With this type of environment, if sincerity, justness and speaking with knowledge are present, the Sunnan would stay alive, light would spread and there would be a sort of knowledge based surveillance present. As the student of knowledge would know, that there is someone behind him that would follow up on him.

Not that a person goes alone, secluded with a group from the Muslim youth, then swells up and believes that he is above criticism and doesn’t want anyone to follow up on his errors at all.

Whoever revives such an environment, then know that he is treacherous to Salafiyyah in one of its most specific characteristics.

A person who wants people see a mistake and remain silent, know that this person is treacherous and it is one of two situations:

It is either that he has some erroneous issues that he does not want others to know of, so that his affair is not made clear. So he fears the light and fears the clarification.

Or that he would like the error to remain unaddressed, without being burnt. This is not correct, this is not the guidance of the Salaf as Saleh.

The righteous predecessors clarify the truth, and clarification is good and required:

Shaykh ‘Abdul ‘Azeez ibn Baaz, may Allaah have mercy upon him, was asked: If a student of knowledge sees an error, should he speak?

He said: He should speak, and this is an issue where there is consensus amongst the Muslims…

Translators note: Insha Allaah this article may shed some light on the erroneous views some are circulating that are contradictory to the manhaj of the Salaf – that being – if one, or some of them, are advised or criticized by others, their response or the response of their followers is ‘why are they attacking the salafis?’ – a formula that opens the doors to Hizbiyyah which Salafiyyah is innocent of; as there has been sincere criticism and advice between the Salafis since the first generations. This of course is after sufficient knowledge-based advice has been directed to the advised and is to be understood in light of the rest of the regulations of advising and condemning.

“This is why it is from the merits of Ahlus Sunnah wal Jamaa’ah, that they clarify/refute each other’s errors if they differ, but they do not declare each other to be disbelievers as the people of desires do.”