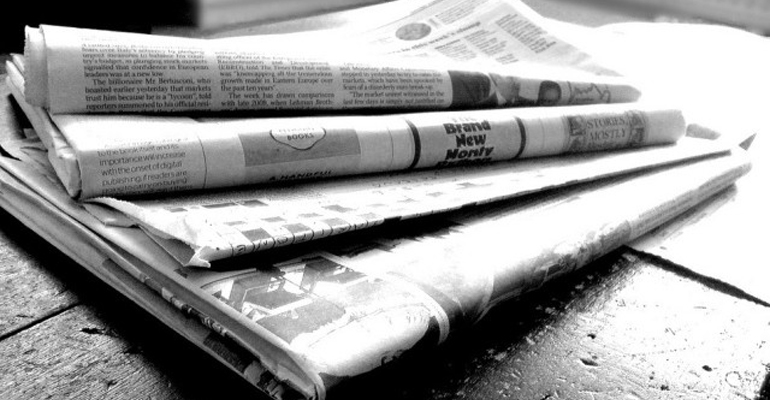 All praise is due to Allaah, Lord of the Worlds; May peace and blessings be upon the one who was sent as a mercy for mankind.

We were recently made aware by the world media of a film which was directed in America by a director called Sam Bacile[1], this film attacks Islaam by describing it as a cancer, and that the Prophet Muhammad (may peace & blessings be upon him) was fake, his companions as being stupid and that Islaam is a religion of compulsion.

Indeed I see it compulsory upon myself and upon every Muslim – according to each and everyone’s ability and responsibility – to stand in front of this attack upon the religion of Islaam and the Messenger of Allaah, the Prophet of guidance and mercy – may the blessings and salutations of my Lord be upon him.

The entire world should know that according to us Muslims, the Prophet Muhammad (may peace & blessings be upon him) has a revered place in the religion of Islaam and that the obligation to love him has been stated in many verses of the Noble Qur’aan.

From amongst them is the saying of Allaah (the Most High):

{ Say, [O Muhammad], “If you should love Allah , then follow me, [so] Allah will love you and forgive you your sins. And Allah is Forgiving and Merciful} [03:31]

Also the saying of Allaah:

{Say, [O Muhammad], “If your fathers, your sons, your brothers, your wives, your relatives, wealth which you have obtained, commerce wherein you fear decline, and dwellings with which you are pleased are more beloved to you than Allah and His Messenger and jihad in His cause, then wait until Allah executes His command. And Allah does not guide the defiantly disobedient people.”} [09:24]

From the greatest manifestations of love towards the Prophet (may peace & blessings be upon him) and the greatest signs of sincerity in this love is that it entails defending his Sunnah (his life teachings) because it is revelation which no falsehood can ever enter into it from any direction whatsoever.

Also, from the greatest obligations in the religion of Islaam is to prevent those people who target him, who mock, the hypocrites and the already-destroyed people who always seek to attack the sacred Prophetic Sunnah and insult him (may peace & blessings be upon him).

It has been narrated by Tameem ad-Daaree that the Prophet (may peace & blessings be upon him) said,

so we said, “to whom O Messenger of Allaah?”

To Allaah, His Book, His Messenger, the leaders of the Muslims and their common folk. [2]

From the perfection of ‘sincere advice’ towards the Prophet (may peace & blessings be upon him) is:

This ‘sincere advice to the Prophet (may peace & blessings be upon him)’ also entails striving to spread the Islamic Sharee’ah, calling to it, applying it, acting according to its manners and what it has ordered as well as acting according to whatever the two sources of revelation (the Book of Allaah and the Sunnah of the Prophet) directs us towards; and finally warning against everything that harms him and his religion.

This film contains many types of evil in it; it combines between describing Islaam as being a cancer, the Prophet being a fake, his followers being idiots and that Islaam is a religion of compulsion.

Along with slanders and lies, this is belittling the feelings of the Muslims and their sensitivities throughout the whole world. Our religion – the religion of Islaam – is a religion of tolerance, mercy and ease. Our Prophet Muhammad (may peace & blessings be upon him) is the purest of all of mankind, he is the one sent as a mercy to mankind.

Where do you therefore stand from the ‘glamorous’ call to ‘human rights’?
Is it not from ‘human rights’ that a person should not be mocked and belittled due to what he believes?

Or is it so that the Muslims in different parts of the world are not considered as being humans to whom human rights apply?

Look at yourselves and how you treat animals, and then compare this to your treatment of the Muslims.

Where do you stand from protecting the feelings of the Muslims and respecting their beliefs?

Is it not appropriate that you include all those who mock the religion of Islaam and its Prophet and promote it, as being of ‘terrorism,’ and that international resolutions are made against it because it also promotes terrorism?

Since all of the international resolutions call to blocking everything which gives rise to terrorism, does this not include ALL avenues that give rise to terrorism – in all their different types and appearances?

No doubt, that this [film] is from the greatest promoters of terrorism, and it is more dangerous than financial support because [this film] will strongly cause terrorism.

We, the Muslims, direct a call to the non-Muslims; that they should adorn their eyes and thoughts by finding out about the reality of the Prophet (may peace & blessings be upon him) from his characteristics and manners, by reading the books that contain the merits and characteristics of the Prophet that the people of Islaam have written in the books of the Sunnah and life accounts.

If you then refuse, then read what a number of just people from amongst the intellectuals of mankind – and trusted ones even with the non-Muslims – have written regarding the Prophet of mercy and guidance, and also the people from the other religions who bore witness to his noble manners and many virtues.

Those who mock and insult should know that Allaah has taken it upon himself to protect His religion and His message. The mockery of those who mock will not hurt the Prophet (may peace & blessings be upon him), neither will the insults of those who insult. Indeed

Allaah has sufficed him in all of this, just as He (may He be glorified) said:

The great scholar Shaykh ibn Sa’adi (may Allaah have Mercy upon him) said in explaining this verse, ‘and this is a promise from Allaah to His Messenger (may peace & blessings be upon him) that those who mock him will never harm him, and that Allaah will punish them with any type of punishment that he wills. Indeed Allaah (the Most High) did this; nobody has ever outwardly insulted the Messenger of Allaah (may peace & blessings be upon him) except that Allaah destroyed that person, and killed him with a most severe type of killing.’

I counsel myself and my Muslim brothers to have wisdom and intelligence in dealing with these vicious attacks and insults against Islaam and the Prophet of mercy. These [attacks] must be dealt with by increasing efforts – in all languages – in calling to Allaah, explaining the religion of Islaam and its pure reality, and we should also explain the authentic Sunnah of the Prophet to the world – along with showing the tolerance of our religion and the mercy of our Prophet to the mankind.

We – the Muslims – should also understand that killing the non-Muslims who are under contract or have been guaranteed safety, is from those matter which contradict the Sharee’ah. This is due to what the Prophet (may peace & blessings be upon him) said,

whoever kills a person under covenant will never smell the fragrance of Paradise, despite its fragrance being smelt from the distance of forty years [of travelling][3].

Also, It has been narrated by Umm Haanee, the daughter of Abi Talib who said, “I went to the Messenger of Allaah, the year of the conquest of Mecca and found him taking a bath and his daughter Faatimah was screening him. I greeted him.

I replied, ‘I am Um Hani bint Abi Talib.’

When he finished his bath he stood up and prayed eight Units of Prayer while wearing a single garment wrapped around his body. When he finished I said, ‘O Messenger of Allaah, my brother has told me that he will kill a person whom I gave shelter and that person is so and so the son of Hubaira.’

We shelter the person whom you have sheltered

From the matters that contain no doubt – along with what has been stated previously regarding breaking covenants and that no individual bears the blame due the sin of another – that it is not from wisdom nor from intelligence to kill those people who have been given a covenant, nor [is it from wisdom and intelligence] to attack the international embassies merely due to those who mock being associated with them. This is due to the potential harms and how it prevents the Call to Islaam.

Indeed the Prophet (may peace & blessings be upon him) said,

I supplicate to Allaah through his beautiful names and lofty attributes that he elevates his religion, repels the plot of those who plot against the Muslims and their religionMay the salutations of Allaah be upon our Prophet Muhammad and upon his family and companions