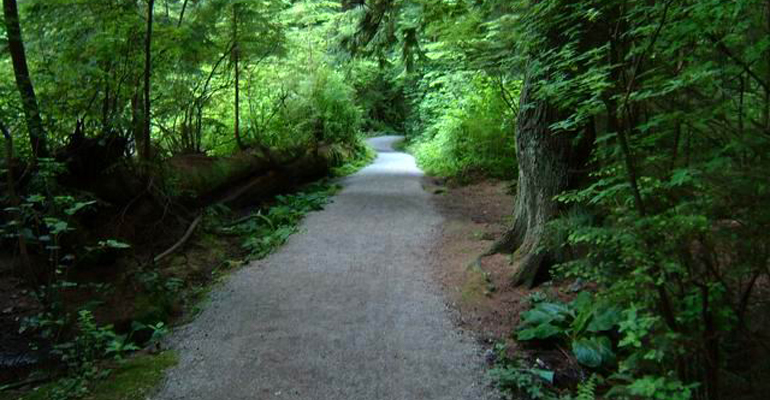 Sa’eed Ibn Al-Musayyib has reported from his father:

O uncle, proclaim there is nothing worthy of worship except Allaah, a statement which will enable me to plead for you with Allaah.

Abu Jahl and Abdullah Ibn Abi Umayyah said [to Abu Taalib], “Will you forsake the religion of Abdul Muttalib?” [2] The Prophet (sal Allaahu alayhi wa sallam) repeatedly said this to him, and the two of them also repeated their statement.

The final statement of Abu Taalib was about being on the religion of Abdul-Muttalib and he refused to say: La ilaaha ilIa Allah. The Prophet (sal Allaahu alayhi wa sallam) said,

By Allaah, I shall continue to pray for your forgiveness as long as I am not prohibited from doing so. [3]

It was then that Allah revealed the verse:

{It is not correct for the Prophet and those who believe, to ask Allah’s forgiveness for the Mushrikeen even though they are of kin} [9:113]

This authentic hadeeth contains many benefits that a student of knowledge is in need of, therefore I wanted to mention some of what I am able to, maybe Allaah will benefit the one who is writing this as well as the reader.

So I say, and I seek Allaah’s aid, relying and returning to Him:

1. Guidance is a virtue from Allaah the Most High, He bestows it upon whomever He wishes from His slaves. He is the most knowledgeable of those who have been guided and He guides out of His mercy whoever is deserving of it;

2. This hadeeth shows the favour of Allaah upon you O Muslim. You have proclaimed that none has the right to be worshipped except Allaah; you did this out of your own will without anybody compelling you to do so. Abu Taalib, the uncle of the Prophet (sal Allaahu alayhi wa sallam) refused to say it. He died upon the path of AbdulMutallib, upon the way of the people who worship idols. However, you said this statement being content with it. All praise is for Allaah, due to His blessings all good come into existence;

Whoever is slowed down by his actions, will not be hastened forward by his lineage. [4]

4. Abu Taalib died a disbeliever and he refused to say ‘Laa ilaaha illa Allaah.’ When Abbaas (may Allaah be pleased with him) asked the Prophet (sal Allaahu alayhi wa sallam): ‘O Messenger of Allaah, did anything benefit Abu Taalib? He used to defend you and become angry for your sake. He replied,

Yes, he is in the shallowest part of the Fire, and had it not been for me he would have been in the deepest depths of the Fire.

From the strange matters – and many things are strange – that the people of desires affirm the Islaam of Abu Taalib and say he is in Paradise; whilst at the same time they proclaim that Abu Bakr (may Allaah be pleased with him) is a disbeliever, that he apostated after the death of the Prophet (sal Allaahu alayhi wa sallam) and he is in the Fire!

{How severe is the word that comes out of their mouths; they speak not except a lie} [18:05]

I cannot comment on those people except with the saying of Allaah:

5. The belief of Abu Taalib in the Prophet (sal Allaahu alayhi wa sallam), and his defence of him did not save him from disbelief neither did it cause him to enter Islaam. This is because he did not proclaim (upon his tongue): ‘Laa ilaaha illa Allaah’ – even though he accepted it in his heart.

From that which has been narrated regarding Abu Taalib in the books of Prophetic history is that he said:

Is the best of religions in all of creation.

Had it not been for blame, or the fear of insult

You would have found me willing in that, making it known clearly

By Allaah, they will never reach you (O Muhammed) in all their numbers

Until I am laid down, buried in the dust

So continue (O Muhammed) declaring you affair, there is no fault upon you,

Rejoice, and let your eyes delight with that.

6. This hadeeth illustrates that guidance is success from Allaah, nobody possesses it accept Allaah alone. He did not even grant it to His Prophet Muhammad (sal Allaahu alayhi wa sallam). He, the most High, said,

{Indeed, [O Muhammad], you do not guide whom you like, but Allaah guides whom He wills. And He is most knowledgeable regarding those who have been guided} [28:56]

As for guiding others through evidences and directing them to goodness, this has been given to the Prophet (sal Allaahu alayhi wa sallam). As He said:

7. An example of the striving that the Prophet (sal Allaahu alayhi wa sallam) did in calling to Allaah, and his desire in calling his uncle up until the last moments of his life.

8. The leniency of the Messenger of Allaah (sal Allaahu alayhi wa sallam) in calling to Allaah, and choosing kind words and names. He would say to Abu Taalib: ‘O my uncle, O my uncle’ and he informed him if he had said the ‘statement of Tawheed, he will plead with Allaah for him.

9. The virtue of the ‘statement of Tawheed’ – Laa ilaaha illa Allaah. If Abu Taalib had said it during the last moments of his life, it would have benefitted him with Allaah.

A man is upon the religion of the person who is beloved to him, so let each one of you at the one who he befriends. [5]

Benefit: Abdullah Ibn Abi Umayyah Ibn Al-Mugheerah is the brother in law of the Prophet (sal Allaahu alayhi wa sallam) and also his cousin. He is the brother of Umm Salamah and is mentioned in the hadeeth. He accepted Islaam in the year of the conquest (of Makkah), he was martyred in the same year in the battle of Hunain. Al-Haafidh Ibn Hajr mentioned in Al-Isaabah that he accompanied the Prophet (hence he is from the companions);

11. This hadeeth explains the meaning of the other hadeeth narrated by Abu Sa’eed,

The word, ‘your deceased,’ refers to the person who death has approached and not the one who is actually dead and his soul has exited the body. The Prophet (sal Allaahu alayhi wa sallam) did not say to his uncle, Abu Taalib, after he had died: Say ‘Laa ilaaha illa Allaah.’ Rather he would present this statement to him before he died. After he died, the Prophet (sal Allaahu alayhi wa sallam) said:

Surely I shall seek forgiveness him.

This is in contradiction to the people of innovation, they say to the deceased: ‘Say Laa ilaaha illa Allaah, and if the two angels ask you then say to them: my Lord is Allaah, my religion is Islaam and my messenger is Muhammad!

It is known that the deceased do not hear. Allaah, the most High, said:

12. The hadeeth shows the reason as to why the following saying of Allaah was revealed:

{Indeed [O Muhammad], you do not guide whom you like, but Allaah guides whom He wills. And He is most knowing of the [rightly] guided} [28:56]

The scholars of Tafseer unanimously agreed that this verse was revealed due to Abu Taalib, the uncle of the Prophet (sal Allaahu alayhi wa sallam)