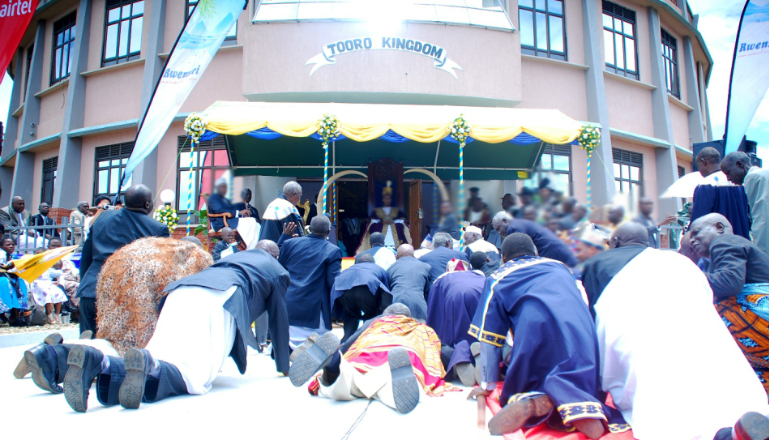 Sujood (prostrating) is one of the greatest acts of worship due to it symbolising utmost humility and submission. The Prophet (sal Allaahu alayhi wa sallam) said,

Some of the people of innovation permit prostrating and bowing to a person if it is done out of respect or as a greeting. They claim that prostrations are two types:

The scholars of Ahl As-Sunnah have mentioned that prostrating in to a person with the intention of Worship is clear Kufr and Shirk. As for prostrating to a person as a mere greeting or out of respect, is Haraam (Prohibited) and in certain situations, may lead to Kufr (Disbelief).

The main evidence that is cited to justify the permission of prostrating as a greeting is when the brothers of Prophet Yusuf (alayhi as-salaam) prostrated to him.

Clarifying the story of Prophet Yusuf

Allah, the Exalted, mentioned the story of Prophet Yusuf (alayhi as-salaam). Towards the beginning of his life he had a dream in which he saw the sun and moon; and he saw 11 stars all prostrating to him. This was mentioned in the saying of Allah,

The interpretation of this dream is that his eleven brothers – symbolised by eleven stars in his dream – would one day prostrate to him, as a sign of his eventual authority over them.

By the will of Allah, this dream was actualised towards the end of the story. Unbeknown to his brothers, Prophet Yusuf (alayhi as-salaam) became the finance minister of the land; upon realisation, they recognised his authority and were ordered to prostrate to him. Allah mentions,

{He (Yusuf) raised his parents upon the throne; and they (his eleven brothers) bowed to him in prostration.
He said, “O my father, this is the explanation of my dream of before. My Lord has made it reality} [12:100]

In explaining the incident of the brothers of Prophet Yusuf (alayhi as-salaam) prostrating to him, Al-Haafidh Ibn Katheer [died: 676h] said:

However it was then forbidden for this Sharee’ah (i.e. the legislation of Prophet Muhammad). Sujood was made exclusive to the Lord – Glorified and Most High.

This is what the statement of Qataadah implies, and other [scholars] as well.

Also in the Hadeeth of Mu’adh, when he returned back from Shaam (Syria and the surrounding lands). He used to see the people [of Shaam] prostrating to their bishops, so when he returned to the Prophet (sal Allaahu alayhi wa sallam) he prostrated to him.

What is this O Mu’aadh?

Verily I saw the people of Shaam prostrating to their bishops, and you are more deserving of being prostrated to, O Messenger of Allah.

Do not do this…If I was to ever order a person to prostrate in front of another person I would have commanded the wife to prostrate to her husband due to the great right he has upon her. [2]

In the other Hadeeth, Salman [Al-Farsi] met the Prophet (Sal Allaahu alayhi wa sallam) in one of the streets of Madeenah. At this stage, he was still new to Islam so he prostrated to the Prophet.

The point is, this action (of prostrating out of respect) was permitted in their legislations and therefore they (the brothers of Prophet Yusuf) prostrated in front of him.” [3]

Statements of other scholars regarding prostrating for respect

An-Nawawee [died: 676h] said: “What many ignorant people do, in prostrating to their Shaykhs, is absolutely Haraam, in every situation, regardless of whether it is towards the Qiblah or another direction, regardless of whether he intended prostration for Allah, or was negligent. And in certain situations this action necessitates Kufr (disbelief), or is close to it…” [4]

Al-Qurtubee [died: 671h] said: “This prostration is forbidden; the ignorant amongst the Soofiyyah have taken it as a custom during their singing and when they go to their Shaykhs and in seeking forgiveness; one of them will be seen, when he is overcome by his state – as claimed by him – he will prostrate to a person who approaches.
And this is due to his ignorance – regardless of whether it is towards the Qiblah or towards another direction. Their efforts are misguided and their actions are lost.” [5]

Ibn Taymiyyah [died: 728h] said: “The texts of the Sunnah, as well as the Ijmaa’ (consensus) of the Ummah show the impermissibility of prostrating to other than Allah in our Sharee’ah, [regardless] of whether it is done as a greeting or worship, like the Prophet’s prohibition to Mu’adh Ibn Jabal  when he returned from Shaam (Syria) and prostrated to him as a greeting.”  [6]

Muhammad Ibn Ibraheem Aal Ash-Shaykh [died: 1389h] said: “Bowing down during greeting is Haraam (forbidden) if only a greeting is intended; and it is Kufr (disbelief) if worship is intended.” [7]

First type: When it is performed as a form of Worship, exaltation or seeking closeness: if done for other than Allah it is Kufr and Shirk

Second type: When it is performed as a greeting or out of respect: This was permitted in previous legislations, however in our legislation it is Haraam, and a severe sin. In fact, it may well lead to Kufr if exaltation enters into the heart.

Allah knows best, May peace and salutations be upon our Prophet Muhammad, his family, companions and followers.

Written by the one in need of the mercy of Allah,

May Allah bless you akhiy!