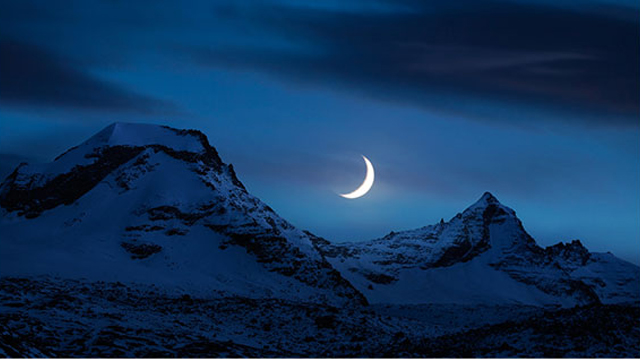 Question: What is your advice for the Muslims, while we prepare for this virtuous month?

Response: My advice to all the Muslims is that they fear Allaah, the Majestic, the Most High. And that they receive their great month with sincere repentance from all sins. They should learn about their religion, learn the rulings concerning fasting and the night prayer. This is due to the saying of the Prophet (peace be upon him), “Whoever Allaah wants good for, he will give him understanding of the religion.” (Bukhari)

And the saying of the Prophet (peace be upon him), “When Ramadhan comes, the gates of Paradise are opened and the gates of Hell are closed, and the devils are chained.” (Bukhari)

And, “On the first night of Ramadhan, the doors of Paradise are opened, and the doors of Hell are closed, and the devils are chained, and a caller calls out, “Oh seeker of good come near, and oh seeker of evil go away, and Allaah has slaves that He frees from the Hell-Fire, and this is in every night.” (Tirmidhi, Ibn Maaja)

And he (peace be upon him) used to say to the companions, “The month of Ramadhan has come, which is the month of blessings, Allaah covers you in blessings this month, so He sends down mercy. The evil deeds are wiped out and the supplications are answered, so show to Allaah good from yourselves, for indeed the evil one is the one who is deprived of the mercy of Allaah in this month.” (Tabaraani)

And the Prophet (peace be upon him) said: Allaah said, “Every good deed of the son of Adam will be for him. A good deed will be multiplied ten times, up to as many as seven hundred times, ‘except for fasting, which is for Me and I shall reward it. He gives up his desire, his food and his drink for My sake.’ The fasting person has two occasions of joy, one when he breaks his fast and another when he meets his Lord. The smell that comes from the mouth of a fasting person is better before Allaah than the fragrance of musk.” (Bukhari and Muslim)

He (peace be upon him) also says, “If one of you is fasting on a day, then he should neither indulge in obscene language nor should he raise the voice, and if someone curses them or fights them, let them say, “I am fasting.” (Bukhari)

And he (peace be upon him) said, “Whoever does not refrain from false speech and acting on it and ignorance, then Allaah has no need of his refraining from his food and drink.” (Bukhari)

So, it is legislated for a Muslim to strive to read the Qur’’aan. It is recommended for the men and women to increase in reading the Qur’’aan night and day. Each letter is a good deed, and each good deed is multiplied by ten as the Prophet (peace be upon him) said. One must also be careful from performing any sins or acts of disobedience. And recommending one another to the truth (i.e., ordering one another to perform all kinds of good deeds), and enjoining good and forbidding evil.

It is a great month where the good deeds are multiplied, and the evil sin is magnified. So it is on every Muslim to struggle to do what Allaah has made an obligation upon him, and to beware of what Allaah has made forbidden on him, and to be even more cautious and careful in Ramadhan. It is also prescribed for a Muslim to struggle hard to do good, including charity, visiting the sick, following the funeral procession, keeping the ties of kinship, and to increase in reading (the Qur’aan), to increase in the remembrance of Allaah, making tasbeeh , i.e., saying “Subhaana-llaah” (Glory be to Allaah), making tahleel (saying “La Ilaaha Illa-llaah”, ‘Nothing deserves be worshipped except Allaah’) seeking his forgiveness, supplicating and doing other acts of good, while hoping for the reward of Allaah, and fearing His punishment.

And to act upon the verse, “Do they then seek after a judgment of (the days of) ignorance? And who is better in judgement than Allaah for a people who have firm Faith” [5:50], and to act upon the verse, “But no, by your Lord, they can have no Faith, until they make you (O Muhammad) judge in all disputes between them, and find in themselves no resistance against your decisions, and accept (them) with full submission.” [4:65]

And to act upon the verse, “O you who believe! Obey Allaah and obey the Messenger (Muhammad), and those of you (Muslims) who are in authority. (And) if you differ in anything amongst yourselves, refer it to Allaah and His Messenger, if you believe in Allaah and in the Last Day. That is best and more suitable for final determination.” [4:59]

And to act upon the verse, “And whatsoever the Messenger (Muhammad) gives you, take it, and whatsoever he forbids you, abstain (from it).” [59:7]
This is what is an obligation on all the Muslims and their leaders. It is obligatory on the leaders of the Muslims, the scholars of the Muslims, and the common people, to fear Allaah, and to submit to the rulings of Allaah. (It is an obligation upon them) to rule by the rulings of Allaah between themselves, because the legislations of Allaah lead to righteousness, guidance and a good ending; through it is the pleasure of Allaah, the attainment of the truth that Allaah legislated and the protection from oppression. We ask Allaah for all of us success, guidance, and sound intentions and actions. And may Allaah’’s peace and blessings be upon the Prophet Muhammad and on his family and companions.