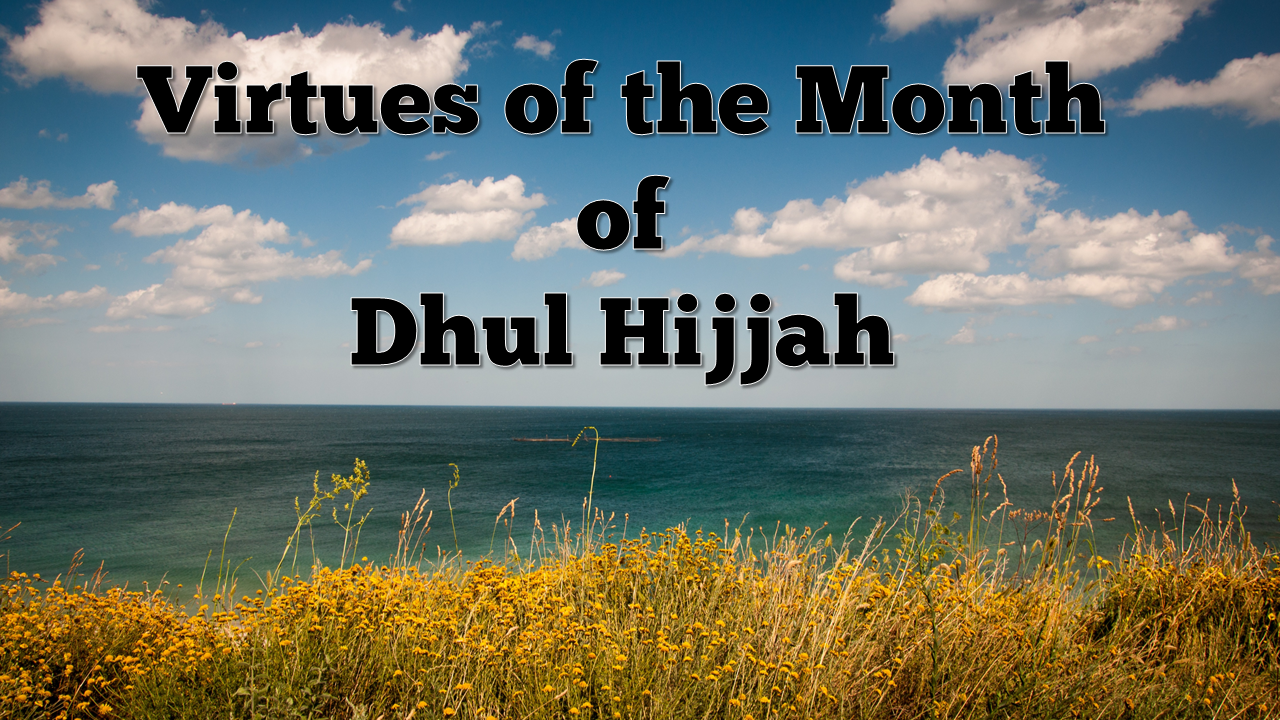 In the name of Allah, the Most Merciful, the Bestower of Mercy

It appears that the preference of these [ten] days is due to the gathering of the main acts of worship in Dhul-Hijjah are praying, fasting, giving charity, and pilgrimage which are restricted to these days. [2]

Shaykh-ul-Islaam was asked the following question: “which is better, the first ten days of Dhul-Hijjah or the last ten days of Ramadan?” He answered saying:

What is correct is that the first ten days and nights of Dhul-Hijjah is better than the last ten days of Ramadan except for the night of laylat al-Qadr. [4]

From those who used to fast the ten days was Abdullaah ibn Umar -radiyaAllaahu anhumaa- and it was stated most of the ulamaah or majority of them recommend the fasting of these days. [5] [6]

“Fasting these days is highly recommended. There are no days like it, and that is the day of Arafah.” [7]

Concerning this they (the Companions) said,

O Messenger of Allaah, Not even Jihaad in the path of Allaah?

Not even Jihaad in the path of Allaah

He then made the exception of one type of Jihaad which is the best of Jihaad…And as for the remaining types of Jihaad, then definitely deeds in the [first] ten of Dhul-Hijjah are better and more beloved to Allaah – Azza wa Jal than that.” [8]

Sa’eed ibn Jubayr narrated a hadith in which he said that whenever the first ten days of Dhul-Hijjah began, Ibn ‘Abbas (radiyaAllaahu anhu) would exert himself to the limits of his ability.

It has also been narrated upon (Ibn Abbaas) that he said,

This is because he was especially fond of worship (during those days).” [9]

- from Toronto, Canada. He is a student of Islaamic University of Madeenah, having graduated from the Institute of Arabic Language; He is currently pursuing his Bachelors in Faculty of Hadeeth.

Indeed this is the Best Islamic Site have ever visited for non Arabic Audience.
Have learnt a lot since I started visiting it. I am from Uganda.