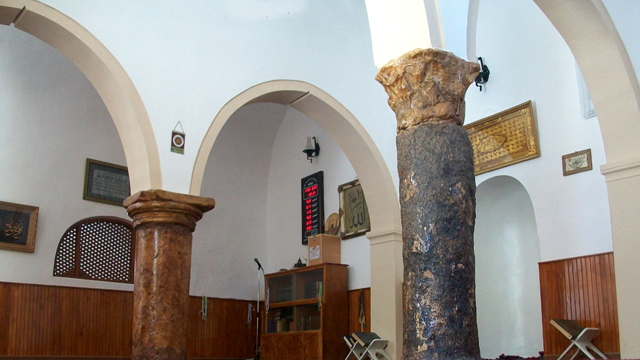 Reference: The Difference Between Sincere Advice and Criticism

In the Name of Allaah The Most Beneficent The Most Merciful

All praise belongs to Allaah alone, Lord of the Universe, may His peace and prayers be upon the Imam of the pious ones, and the seal of the prophets, his family and all of his companions, and those who follow them in goodness until the day of recompense. To proceed.

Know that mentioning about someone that which he dislikes is prohibited if the intended purpose is only to disparage, find fault or mention [their] shortcomings. If however there is a benefit (greater good) for the general Muslims especially for some of them, and the intended purpose is to attain and achieve that benefit, then it is not considered impermissible, rather [it is] recommended.

The scholars of Hadeeth have acknowledged and attested to this fact in their books of Jarh wa ta’deel, they mentioned [in these books] the difference between disparaging a [particular] narrator and backbiting and they refuted those who consider both of them identical from the devout worshippers and those who are bereft of knowledge.

So the scholars are in agreement with regards to the permissibility of warning [the people] from following their errors.

This is why we find in their [the scholars] written works about different types of religious sciences from Tafseer and the explanations of Hadeeth as well as fiqh (Islamic Jurisprudence) and (books discussing) the contrasting opinions of the scholars and other than that. We find that these authored works are full of debates as well as the refutations of statements of those whose statements are weakened (i.e. refuted) from the major scholars and Imams of the Salaf and the Khalaf from the companions and the Taabi’in (successors of the companions) and those who came after them.

None of the people of knowledge have ever abandoned or disregarded this. Nor have they laid claim against anyone who refuted their statements that they have defamed them or slandered them or mentioned their shortcomings. Except if the author [the one refuting] is one who uses obscene language and is ill-mannered in his statements. In such case his obscenity and ill manners are rebuked not his refutation and disagreement so that the religious arguments and the significant evidences are established.

The reason for this is that the scholars of the religion are all in consensus that this is [recommended] for the purpose and aim of manifesting [and clarifying] the truth which Allaah has sent his messenger (Salla Allahu Alayhi Wasallam) with, and so that the whole religion (worship) belongs to Allah alone and that his word becomes the highest and most superior. Moreover, They (the scholars) all acknowledge the fact that encompassing and knowing all [types] of knowledge without anything escaping is not a level reached by any of them. In addition, none of the earlier scholars as well as the latter ones ever claimed this [for themselves]. That is why the major scholars and Imams of the Salaf whose knowledge and virtue are unanimously agreed upon accept the truth from whoever mentions it to them even if they are minors and they also counsel their students and followers to accept the truth if it becomes evident from other than their (the imam’s) statements.

As Umar [2] (RadiAlaahu A’nhu) mentioned with regards to the dowry for women [when] a woman refuted [him] with the [meaning and translation] of the statement of Allaah:

{But, if you intend to replace a wife for another and you have given one of them a Qintar (of gold, i.e. a great amount as Mahr), do not take anything from it; would you take it wrongfully without a right and (with) a manifest sin?} [4:20]

So he retracted his statement and said: “A woman was correct and a man was incorrect.” It was also narrated that he said: “Everyone is more knowledgeable than Umar.”

Some of the famous [scholars] if they spoke about a matter with their opinion would say: “This is our opinion, so whoever comes to us with a better opinion then we would accept it.”

Also, [Imam] Al-Shaafi’I used to [positively] exaggerate this sense and he used to counsel his companions to follow and adhere to the truth as well as to accept the Sunnah [even] if it became evident and to the contrary of their statements. And in such case to disregard and brush aside his statements. He would also say about his books: “There has to be in them that which conflicts with the Book and the Sunnah because Allaah the most high says:

{Do they not ponder over the Quran? Had it been from other Than Allah, they would surely have found therein much discrepancy} [4:82]

Even more amazing than that is his saying: “No one ever debated with me [except] that I wasn’t concerned whether the truth established itself on his tongue or mine.”

So this shows that he’s sole aim and intention [while debating] was the establishment of the truth even if it was on the tongue of the one debating or contradicting him.

Therefore, whoever’s condition is thus will not hate the refutation of his statements and that his opposition to the Sunnah is clarified not in his life time nor after his death, and this is our assumption and opinion of others from the [major] Imams of Islam, those who protect it (Islam) and stand up for it in its defense from the salaf and the khalaf. Moreover they did not dislike the disagreement of one who disagrees because of an evidence that presented itself to him, even if that evidence was not regarded by them as strong in such a manner as to hold firm to it and abandon their own evidence.

That is why Al-Imam Ahmed may Allah Have Mercy on him used to mention (with goodness) Ishaq bin Raahawayh. He used to praise him and commend him, he would also say: “Although he disagrees [with me] in some issues, however people have always been disagreeing with each other.” Or [he said] something similar to that effect.

On many occasions the statements of Ishaq and the other Imams would be presented to him as well as their approach and reasoning in their statements and he would not agree with their statements or criticize them. Moreover he would not criticize their reasoning even if he did not totally agree with it. In addition Al-Imam Ahmed was pleased with what was narrated from Hatim Al-Asam [when] it was said to him: “you are a non-Arab who is not eloquent but no one ever debated with you except that you overwhelmed them, so with what do you overcome your opponent?” So he said: “with three [things]: I become happy when my opponent is correct and I become sorrowful when he errs and I also preserve my tongue so I don’t say to him that which will offend him, or [he said] something similar to that effect” So [Imam] Ahmed said: “What an intelligent man.”

That is why the refutation of weak statements and the clarification of the truth as opposed to its opposite while utilizing the religious evidences is not something that those scholars hate, rather it is something that they love. Moreover they praise and commend the one who takes this upon himself. In addition to that, this does not in any way or form fall under [the category of] backbiting. If it was assumed that someone dislikes the exposure of his error which contradicts the truth then his dislike isn’t taken into consideration, for indeed disliking that the truth be manifested if it contradicts someone’s statement is not from the praiseworthy qualities.

THIS is sincere advice to Allah, His Book, His messenger, His religion and to the leaders of the Muslims and their common folk, [3] furthermore that is the [true] religion as was told by the prophet (Salla Allahu Alayhi Wassalam).

[2] The story of the woman refuting Umar in this narration is false as the chain of narrators contains a weak narrator as well as there being an inqida’ (the chain of narrators is broken and disconnected). The meaning is also false as there is nothing in the verse which prohibits or discourages men from giving women an exaggerated dowry. See: [an article written by sheikh Al-Albani (RahimahuAllah) in a magazine named Al-Tamadun Al-Islaami (28 / 514 – 519)] also see: [Irwa alghalil by Sh Al-Albani (RahimahuAllah) 6/347 hadeeth no 1927.] However the first part of the narration (not mentioned in the text) where Umar ascends the pulpit and delivers a sermon where he discourages women from exaggerating the dowry is authentic. See: [Sunan Abu Dawud (2106), Sunan Al-Nasaai (2\87), Jaami’ Al-Tirmidi (1\208), this part of the story has been authenticated by Ibn Hiban and Darimi as well as Imam Ahmed and Bayhaqi.]

[3] Reference to a Hadith collected by Muslim.