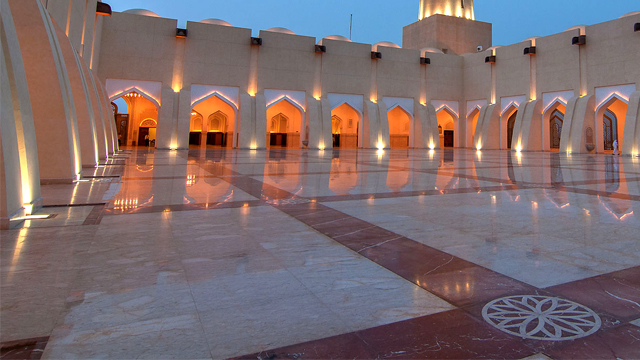 Elections emanate from a non-Islamic principle. In fact, they stem from a Zionist principle, namely, the ends justify the means.

However, I distinguish the issue of a Muslim who runs for office from the issue of voting for one whose harm in that office may be less than others.

The distinction between the two issues is essential even in the major elections. Jamaa’atul-Inqaadh in Algeria sent me a question about elections so I wrote them a detailed clarification. I mentioned to them, as I have mentioned previously, that elections and Parliaments are not Islamic and that I do not advise any Muslim to nominate himself as a representative in Parliament because he will never be able to do anything for Islam. Rather, the movement will overcome him just as it has happened with all of the existing governments in the Arab countries.

Even with that being the case, I noted that in all of the Muslim lands, regrettably, there are Muslims who nominate themselves to Parliament claiming that they will reduce evil. We can not forcefully prevent them from campaigning; all we can do is advise, clarify, and convey [the truth]. Hence, if a Muslim is going to nominate himself as opposed to a Christian or Communist, whether it be for major or minor elections (according to your terminology) then we vote for him.

Why? Because there is an Islamic principle upon which I have based my answer. If a Muslim is placed between two evils he chooses the lesser of the two evils. There is no doubt that having a Muslim as the president (mayor) of local government is less harmful – and I don’t say better – than having a mayor that is a disbeliever or an atheist.

However, this politician destroys himself without even realizing it. When he nominates himself with the claim that he desires to lessen the evil – and he may do so – he doesn’t know that he is being burnt from another angle. His example is that of the scholar who does not act according to his knowledge. The Prophet said, “The example of the learned one who does not act according to his knowledge is like that of a lamp [lit. a burning wick]; it burns itself while providing others light.”

For this reason we differentiate between voting and campaigning. We do not campaign for office because we will burn. As for the Muslim who insists on burning himself, be it mildly or severely, by running for office, then we vote for him as opposed to the disbeliever or the atheist using the principle of repelling the greater evil with the lesser evil.

Questioner: Our Shaykh, I understand from this that as it relates to Parliament and even local elections that if a there is a Muslim candidate it is permissible to vote for him.

For further clarification, refer to the article entitled “Confusion about Voting?”
https://www.madeenah.com/notes.cfm?id=1002