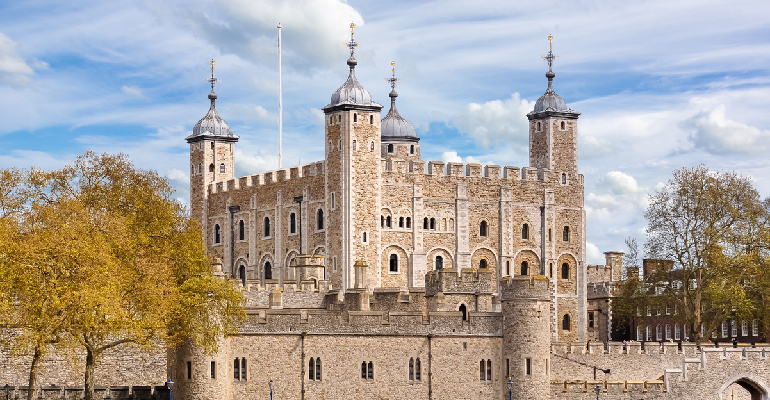 In the name of Allāh, the Most Merciful, the Bestower of Mercy. All praise is for Allāh, and may peace and salutations be upon the Messenger of Allāh, thereafter [1] :

‏When a ruler is openly disobedient, corrupt and oppressive, the Sharī’ah commands us to remain patient, be sincere in advice, to not remove ourselves from his obedience; and encourages us to remain within the Muslim community and forbids disunity. However, the Sharī’ah does not command us to encourage his affection nor does it call to loving him. Rather, his open disobedience [to Allāh] prevents – both naturally and Islamically – our hearts from being affectionate towards him. Furthermore, a person is ordered to despise disobedience and its people.

Whenever the rulers showed clear disobedience to Allāh or established a Bid’ah, the Salaf would forbid rebellion against them and instead encourage with patience.

“Be patient until a person dies himself in state of piety, or the disobedient [ruler] is removed.” [2]

The Salaf would also order with unity along with the main body of the Muslims, and warn against disunity – this is what is legislated in such situations. As for the view, that we have been commanded to encourage people to be affectionate towards the rulers when their disobedience and oppression is clear, this is Ghuluww (exceeding the limits of the Sharī’ah).

From the error of some of the callers is that they busy themselves with praising rulers by name and their actions, sharing their pictures on social media and using honorific titles when referring to them – claiming this is the Manhaj of the Salaf.

‏The Manhaj of the Salaf is to accept their authority, to obey them, to remain within the main body of the Muslims, and to show patience over the oppression of the rulers. As for excessively praising individual rulers and justifying the actions, this is not the methodology of the Salaf, nor does the Sharī’ah order us to be affectionate towards [such] rulers.

‏In addition to this, the Sharī’ah does not forbid us from hating them when there emanates from them that which necessitates dislike or hatred in the Sharī’ah such as open disobedience and corruption. It orders us to accept their authority and remain within the main body of the Muslims; it forbids us from publicly speaking against them in advice.

Whoever intends to advise a ruler on a matter, he should not do so publicly. Rather, he should take him by the hand and advise him in private. If he accepts the advice, all is well. If he does not accept it, he has fulfilled his duty. [3]

This wisdom behind this is to repel the harm of disunity which eventually leads to rebellion and the shedding of blood.

‏There is a difference between being patient over their corruption and disobedience, and between encouraging people to show them affection. This unfortunate practice of some of the callers – in the name of Salafiyyah, in preoccupying themselves with praising and complimenting the rulers, and extolling their materialistic projects; in fact some of them have reached a stage where they are encouraging the youth to emulate them and take them as their role models. Without doubt, this is Ghuluww (going to extremes and being excessive), which we have been forbidden from, and the methodology of the Salaf is far from this.

O Messenger of Allāh, should we not rebel against them with our swords?

No, as long as they establish Salah amongst you. If you see something from your rulers that you dislike – hate their actions but do not remove yourselves from their obedience. [4]

There will be a Kadhāb (a compulsive liar) and a Mubīr (a tyrannical murderer) in Thaqīf. [5]

The scholars clarified that he was intended by this Ḥadīth, and he became known by it. The Salaf never preoccupied themselves in praising him for his Jihād and Qur’ān despite his fame for both of these affairs, in fact they despised him due to his clear disobedience of Allah, his oppression and tyranny. At the same time however, they forbade rebellions against him and people disputing his authority.

Shaykh Abā Batīn, may Allah have mercy upon him, said: “A person of authority is supplicated for, not praised – especially when he is being praised for something he is undeserving of. Those rulers who are being praised in the sermons have killed the religion; [7] so those who praise them are wrong, there is no ruler today who is deserving of such praise, rather they should be supplicated for their success and guidance.” [8]

It is imperative for the callers and students of knowledge to abide by Islamic evidences in interacting with the rulers and to traverse the methodology of the Salaf, and to follow the example of the major scholars of this era such as Ibn Bāz, Ibn ‘Uthaymīn, al-Albāni, al-Fawzān, the Mufti (‘AbdulAzīz Āl ash-Shaykh) and others in how they interact with the rulers when they conform [to the Sharī’ah] and when they err, as well as their stances towards the rulers of the Muslims in general.

Ibn Ḥajr mentioned, that sincere advice to the rulers includes, “reminding those [people whose] hearts have an aversion [to the rulers].” [9]

[His] intent by this is: to admonish people whose hearts have an aversion to the rulers [to the extent] that they are removing themselves from the main body of the Muslims through questioning their authority amongst the citizens; and to remind them of the obligation to accept [their authority] and remain within their obedience; and to remind them of the Islamic proofs which obligate upon them patience towards [those rulers whose actions] have caused this aversion. The intent is not to return [people’s] hearts to their rulers through excessive praise.

A distinction must be made between praising the state, its laws and methods and between praising individual rulers. The former is required when the country is established upon the Sharī’ah, respects its boundaries and abides by the methodology of the Book and Sunnah. This does not necessarily require praising the ruler individually. This is because the ruler himself may be corrupt and disobedient, however his personal corruption and disobedience does not impact or change the methods of the government.

‏For example, the scholars praise the Umayyad state because it was established to spread Islām and the Sunnah, and it raised the flag of Jihād but this does not necessitate praising their individual rulers, as some of the rulers were oppressive and corrupt – and the same can be said regarding every state.

Due to this, the method of the scholars was to praise a state upon the Sunnah and aid it but without mentioning the rulers individuals. The scholars do not forbid the praise of a particular ruler and praising an act of goodness that he did – from the angle of encouraging him to continue upon goodness and supplicating for him; this is even more important when his rectification has an impact upon the law and order of the state, however what is wrong is when people become preoccupied with this, it is excessive or when the praise is false – worse still is when this is made out to be the methodology of the Salaf!

When the tribulation of people being tested over the issue of “the Qur’ān being created” occurred, and the scholars were tested whilst Imām Aḥmad remained patient until finally the truth was laid bare at the hands of al-Mutawakkill; when this happened, Imām Aḥmad did not begin to praise and extol al-Mutawakkil, rather he supplicated for goodness for him.

Al-Mutawakil attempted to force Imām Aḥmad to attend the gathering, however he refused – and the story is known.

Contemplate this story to know the methodology of the Salaf.

[1] [TN] This article is a compilation of benefits that one of the Shaykh’s students collected, and added some brief annotations. I sought the Shaykh’s permission make some small changes to the wording – mainly for the sake of translation and readability, as well as incorporate some of his footnotes within the main body of the article. I have kept the original Arabic as it is. The brother who compiled the benefits into an article began the article with the following introduction in Arabic:

“The basis of this article is a series of benefits that the virtuous Shaykh Dr. Faysal Ibn Qazzār al-Jāsim – may Allāh preserve him – posted on twitter, on Friday 28th Dhul Qi’dah 1439h. I sought permission from the Shaykh to collected them [as a single article] and share them, I briefly commented on some points and mentioned certain references that the Shaykh may not have done so, and entitled the article appropriately.

What caused me to attach importance to this article was the recent trend with some youth of excessively praising the rulers in the name of the religion and the “Manhaj of the Salaf.”

This incorrect trend is a reaction to the people of innovation and desires publicly condemning and rebelling against the rulers. However, our reaction should be in line with the guidelines of the Sharī’ah, not based on emotions.

The Shaykh – may Allāh preserve him – said…”

[3] Narrated by ‘Iyād ibn Ghanam; Collected by Aḥmad and Ibn Abi ‘Āṣim in as-Sunnah; Graded authentic by al-Ḥākim and al-Albāni.

[5] Narrated by Ibn ‘Umar; Collected by Muslim & others.

[7] i.e. those rulers who are praised upon the pulpit are not deserving of such praise because they were negligent and complacent in implementing the religion and respecting its laws.