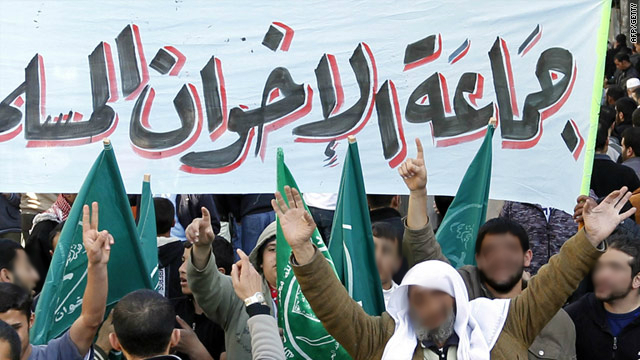 All praise is for Allaah the Lord of the Words; I bear witness there is no deity of worship besides Allaah, He is alone and has no partners, He is the God of the first and last. I also bear witness that Muhammad is his worshipper and Messenger, the one sent as a Mercy to mankind – may peace and blessings be upon him, his family and companions. Thereafter:

Modern “Suicide operations” are from the ways of the Shinto [Kamikaze], Buddhists and atheists who believe in the reincarnation of spirits. They were then followed by some Shee’ah organisations in Lebanon. Then these methods were adopted by certain “Islamic movements”, blindly following their ways and strategies. They think that they will be able to defeat the enemy through such methods and bring about victory. So they started speaking freely about it, recommending it and encouraging it.

They did not even mention it as being a last resort which is used in situations of absolute necessity, which a Muslim only turns to in exceptional circumstance, never to transgress its limits; and the person who does such an action is scared and frightened [of it being forbidden] … in fact they actually considered suicide operations to be from the most virtuous actions, from the highest levels of Jihaad and the greatest deed through which a person can hope for Al-Firdaws.

In reality, these “Islamic movements” introduced into Islaam a terrible evil action – that a person hastens to kill himself whist intending to kill others, all the time thinking he is fulfilling the legislated Jihaad, thinking that this is the highest type of Jihaad and the quickest path to Jannah.

The mosques, churches, places of worship, wedding receptions and gatherings of condolences – all of them are not safe from suicide operations. Furthermore, even the market places, public spaces, companies, and Muslim and non-Muslim places were also affected by suicide operations. [1]

Nobody should think of course that I permit suicide operation in a situation of necessity, as a last resort, in which they can be used under certain conditions and guidelines. Nobody should understand this, rather they are absolutely forbidden with certainty, like I have mentioned in my book:

لا انتحار في الإسلام  “There is no suicide in Islaam”

Indeed Allaah – may His mention be elevated – has not allowed anybody to kill himself in any situation.

But I only intend to point out that the crimes we see today under the guise of suicide operations, are the evil result of those heads of the “Islamic movements” who permitted them in order to spread their innovation through media channels. They use this oppressive ideological terrorism to accuse anybody who forbids suicide operations with treachery, working for the government, cowardice, fear, ignorance of the affairs and betrayal of the Mujaahideen! Even though the scholars only forbade them based on the known textual principle in the Sharee’ah: the sanctity of blood, and its protection and honour.

Below are examples of the exaggerated praise of suicide operations, encouraging people to perform them, extolling those who carry them out and justifying them as being from the legislated types of fighting.

Martyrdom operations are considered to be from the greatest types of Jihaad in the path of Allaah.

2- Dr Muhsin AbdulHameed – one of the heads of Al-Ikhwan Al-Muslimeen (the Muslims Brotherhood) in Iraq – said:

I believe that the status of those believers who blow themselves up in Palestine are more elevated with Allaah than the status of the Mujaahid who goes to fight Jihaad whilst he already knows he will return back to his family healthy and having gained some wealth. However, the suicide bomber knows he is going to blow himself up piece by piece, bids farewell to his life, yet despite this he is at the peak of happiness and joy, because he knows he is pleasing his lord [through the suicide], he is defending the imprisoned Al-Aqsa and his struggle is on behalf of the honour of Islaam and the Muslims.

These heroic operations…are a means to the legislated type of fighting.

the best cure and the best medicine by which we can treat the brothers of monkeys and pigs is ‘martyrdom’ operations…these operations are from the types of legislated Jihaad, it is one of the avenues of [legislated] fighting against the enemy.

5. Dr Nazzaar AbdulQaadir Rayyaan – the leader of Hamas (may Allaah forgive him and have mercy upon him) – said:

Suicide operations are from the highest types of Jihad in this present time, especially because the paths of Jihad have been restricted”

6. Yahya Ismaa’eel – the general secretary of the Organisation of the Scholars of Azhar – said:

They (suicide operations) are from the highest levels of Jihaad in the path of Allaah.

Whoever tries to belittle the status of martyrdom operations in the occupied lands then they are wrong, they are Dajjaals and they should hold themselves to account, this is because Halaal is clear, and Haraam is clear.”

This is one of the greatest colours (i.e. types) of Jihaad in the path of Allaah.

8. Dr. Hammaam Sa’eed – one of the heads of the Muslim Brotherhood in Jordan – said:

These actions (i.e. martyrdom operations) are from the highest levels of Jihad and martyrdom, and those who execute such operations are rewards – inshaAllaah.

11. Dr Salman Ibn Fahd Al-Awdah said in his article: “Martyrdom operations in the scales of the Sharee’ah”:

The Muslims are in need of martyrdom operations specifically due to various reasons: “their natural love of self-sacrifice and their love of martyrdom, also the cheapness of a belittled life with them, and the greatness of death in comparison to the lowliness of life… so whoever performs such operations in line with the known conditions in the Sharee’ah, then he will be considered a martyr – by the permission of Allah – if his intention is correct.

Indeed these Jihadi martyrdom operations re from the closest actions [by which] closeness [is sought to Allaah], they are form the greatest types of Jihaad. [3]

In conclusion we say: after the damage of these ‘martyrdom operation’ has become clear even to the ignoramus’ and foolish people, has the time not come for the people [who permitted suicide operations] to hold themselves to accountability, to come back to the truth which the Imaams of the Sunnah in this era spoke with – like Imaam AbdulAzeez Ibn Baaz (rahimahullah) who emphatically stated the prohibition of suicide operations when they first began to take place. He did not fear the blame of the people, he did not fear anybody besides Allaah (the Exalted and Majestic). This was in fulfilling the responsibility of knowledge and also for his own conscience. It is time for those who permitted suicide operations to admit their mistake and sin, and then strive to rectify what they have corrupted – even though the tear has is now too big for the patch. [4]

So if they are not prepared to rectify the problem, then let them carry the burden of their actions, and let them prepare their answer in front of Allaah. They have forced upon the Ummah a destructive thought.

We remind them and warning them – out of concern for them – the statement of the truth Prophet (sal Allaahu alayhi wa sallam) who said:

Whoever introduces in Islam an evil practice, will bear its sin and the sin of every person who acted upon it, without anything being diminished from their sins. [Collected by Muslim]

Whoever introduces in Islaam an evil practice will bears its sin until it is abandoned. [Collected By At-Tabaraanee, authenticated by Albaanee]

Woe be to a person whom Allah has made a door to evil and a closure of good. [Collected by Ibn Maajah, graded Hasan by Albaanee]

The first son of Aadam will bear some responsibility of the blood of any person who is killed in oppression, because he is the first person who introduced the practice of killing. [Collected by Al-Bukhaaree & Muslim]

You people (i.e. the heads of the Muslim Brotherhood) are the first people who introduced in this Ummah the practice of suicide operations, you forced open a door of evil for which there is no way of closing – unless Allaah will for it to be closed due to His Mercy and Kindness.

It is of no benefit to you that you now forbid such actions due to political pressure; you are the people who only yesterday, permitted suicide operations and encouraged the youth to carry them out.

So it is no benefit to you now that you try to merely delete your previous Fataawa and articles, just as Salman Al-Awda did from his official website “IslamToday” – and he was truthful, because his Islaam [changes] according to the day he lives in!

The help of Allaah is sought, and upon him is reliance; there is no power nor might except Allaah, the High and the Magnificent.

[1] There is a sentence missing which I [the translator] have not been to fully understand and trabslate. It will be added after liasing with Shaykh AbdulHaq Turkimani inshaAllaah.

[2] These quotes – and many others – are from the following books:

Martyrdom operations in the scales of Fiqh

The Fataawa of the scholars of Islaam regarding Jihaad related matters, and the ruling of Martyrdom operations.

The Jihaad of the pure martyrs (i.e. the suicide bombers) and its status in Fiqh and its effects.