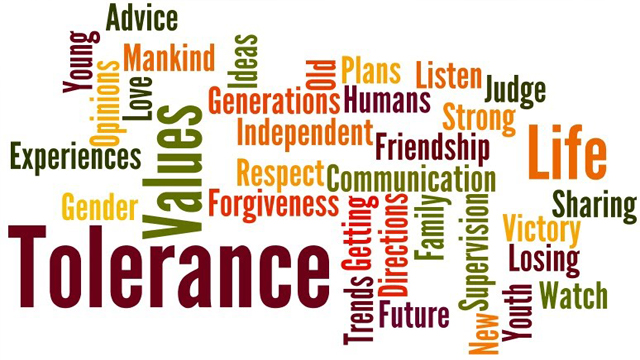 Reference: The Book of Knowledge

That his heart is most tolerant and patient in matters of differences of opinion which originate from ijtihaad[1]. Matters of differences of opinion between the scholars are either from that which there is no scope for ijtihaad as the issue is so clear that there is no excuse for anyone to have any difference of opinion; or that there is scope for ijtihaad and this provides an excuse for one who has a difference of opinion. Your opinion does not become proof against one who differs with you, because if we were to accept this, then we would also accept the opposite: that his statement is a proof against you.

As for he who differs in opinion to the way of the Salaf in such matters as ‘aqeedah, then this difference of opinion is not accepted from anyone. However, in other matters in which there is scope for opinions, then it is not beﬁtting to undertake a verbal attack against those who differ in opinion nor take this as an opportunity to breed hostility and hate.

The Companions (radhi-yAllaahu ‘anhum) used to differ in opinion in many matters. So those who wish to read about their differences of opinion should refer to those traditions which are available regarding them, and you will ﬁnd many differences of opinion amongst them. And those issues were greater than that which people differ in these days, such that the people of today adopt hizbiyyah by saying: I am with such-and-such [shaykh], and [as for me, then] I am with such-and-such [shaykh]; As if the matter is a matter of hizbiyyah. Indeed, this is a grave mistake.

For example, one says when rising from the rukoo’ that you do not place your right hand over your left. Rather, you place your hands by either side, and if you do not do so, then you are a mubtadi’.

The term innovator is not easy upon the soul. If someone were to call me an innovator there will develop in my heart some ill feeling, since man is only human. So we say this issue is so open that one may either place them (the right over the left) or let them fall (by either side).

Due to this difference of opinion, Imaam Ahmad stipulated a choice between placing one’s right hand over the left and letting them fall by either side, because this issue is quite open. However, what is the Sunnah in this issue?

So it is obligatory that we do not seek from this difference of opinion between the scholars a reason for disunity and dispute. This is because we all want the truth and are all doing that which we have performed ijtihaad for. So, as long as this is the case, then it is not permissible to take this as a reason for hostility and division between the people of knowledge. This is due to the scholars always differing in opinion, as this was even the case in the time of the Messenger (sal-Allaahu ‘alayhi wa sallam).

Therefore, it is obligatory upon the students of knowledge to be united and not use differences of opinion as a reason for dividing and bringing about disunity and mutual hatred. Rather, it is obligatory that if you differ with your colleague based upon correct evidence which you have and he too differs with you based upon correct evidence which he has, that you both move towards a single path, whereby you increase in love between yourselves.

Because of this, we love and congratulate our youth who now possess a strong inclination towards linking issues with evidences and basing their knowledge upon the Book of Allaah and the Sunnah of His Messenger (sal-Allaahu ‘alayhi wa sallam). We see this is from the good, and that it bodes well by opening the doors of knowledge from the correct methodologies. We do not want them to make this a cause for partisanship or hatred, as Allaah (Subhaanahu wa Ta’aala) said to His Messenger, Muhammad (sal-Allaahu ‘alayhi wa sallam):

Verily, those who divide their religion and break up into sects, you have no concern in them in the least.[3]

As for those who assemble themselves into parties and band together, then we do not approve of this; because the party of Allaah is one, and we see that differing in understanding does not necessitate causing hatred between the people such that one falls on the wrong side of his brother.

So it is obligatory upon the students of knowledge to uphold brotherhood, even if they differ in opinion in some subsidiary issues. It is upon each one to invite the other with calmness and discussion, which is intended for the Sake of Allaah and attainment of knowledge; and this leads to harmony. The harshness and severity in some people causes this to disappear, such that a matter could lead to disagreement and conﬂict. This, no doubt causes the enemies of Islaam much happiness; and conﬂict within the Ummah is from the most severe harm which could befall it, as Allaah (Subhaanahu wa Ta’aala) says:

And obey Allaah and His Messenger, and do not dispute lest you lose courage and your strength depart, and be patient. Surely, Allaah is with those who are patient and persevering.[4]

The Companions used to disagree in matters similar to these, but nonetheless they were all united, with true love and harmony. Quite frankly, I say, if a man was to disagree with you on the basis of some evidence he has, then he is really in agreement with you. This is because both of you are in search of the truth, and therefore your goal is one, and that is arriving at the truth by way of evidence. Therefore, he is not in disagreement with you as long as you acknowledge that he is in disagreement with you on the basis of evidence he has. So where is the disagreement? In this manner the Ummah will remain as one, despite it disagreeing in some matters based upon evidence it has.

As for he who opposes and is stubborn after the truth has been made clear, then no doubt it is obligatory to deal with him according to what he deserves, as a result of his opposition and disagreement; since every situation has its own particular way of being addressed.