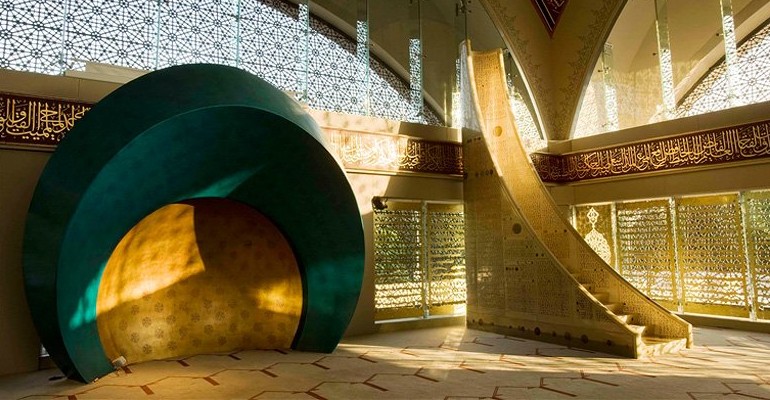 All praise is for Allāh, Lord of the worlds. May peace and salutations be upon our beloved Prophet Muḥammad, his family, companions and followers.

Praying in Jamā’ah (congregation) is an obligation upon men, and for women it is Mustaḥabb (encouraged).

If women are together without the presence of men, they are permitted to pray in congregation with one of them leading the others as an Imām. This applies to both silent prayers such as Ẓuhr and loud prayers such as ‘Ishā. However with the latter, the condition is that other men must not be able to hear their recitation. If this feared, they should lower their voices.

The evidence for women praying in Jamā’ah together is what has been narrated regarding the virtuous female companion, Umm Waraqah bint Nawfal al-Anṣāriyyah (radiAllāhu ‘anhā). She had memorised the Qur’ān, and the Prophet ﷺ: ‘ordered her to lead the women of her household in the 5 daily prayers. Someone [amongst them] would say the Adhān and she would lead her household in Prayer.’

The difference between a male Imām leading the congregation, and a woman leading other women only is that a woman stands in the middle of the first row as opposed to standing in front of it as a regular Imām would do.

It has been narrated about the mother of the believers, ‘Āisha (radiAllāhu ‘anhā) that she ‘lead women in Maghrib Prayer, she stood in the middle of the first row, and recited aloud.’

Umm al-Ḥasan also narrated regarding the mother of the believers, Umm Salamah (radiAllāhu ‘anhā) that ‘she led women in prayer, standing in the middle of the first row. This was in the Night Prayers in Ramadān.’

The above ruling applies to both obligatory prayers such as the 5 Daily Prayers as well as some Nafl prayers such as Tarāwῑḥ. The evidence for the latter is that it has been narrated from Ibn ‘Umar (radiAllāhu ‘anhu) that ‘he used to order his housemaid to lead the women in prayer during the nights of Ramadān’

Success is from Allāh alone, and He knows best. [1]

Written by,
Abul Abbaas Naveed Ayaaz
Graduate from the Islamic University of Madeenah