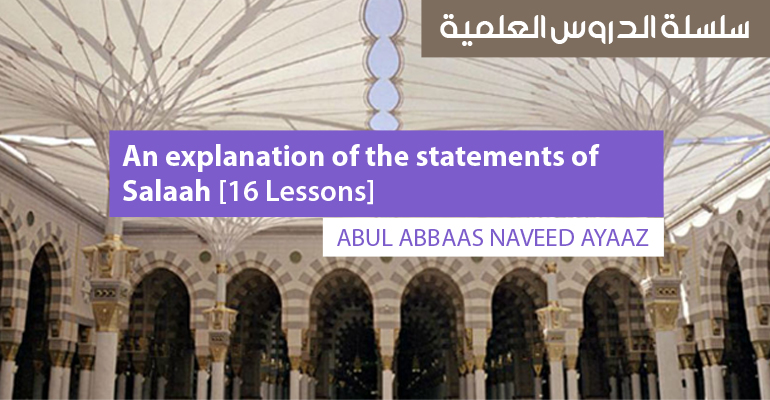 Assalamualaikumm usthaad
I’ve sent the lessons
can u please confirm if you have recieved it ??
JazakaAllah khairan

May Allah reward you greatly for your efforts. I have received the transcribed lessons from yourself as well as some of the other students who attend the lesson. Time permitting, I will edit and revise them – they still require a lot of work.

What are the explanation for this ??

Scholars, old and contemporary, throughout the various Madhaahib have differed over many issues. Some difference in view is accepted due to the strength of evidence, whereas in many other issues the evidence is very weak and so the differing views are not considered. In any case, it is upon us to follow what is correct according to the evidences which are presented – not mere scholarly difference.

In rukoo
we have to say subhana rabiial adheem 3 times
and what about other duas we have learnt ?
Should we say either of duas or say any duas but also recite subhana rabial adheem??

Have this doubt becuase you said sunnah is to say one dua in the beginning ??

The Tasbeeh of the Rukoo’ is Waajib (an obligatory statement which cannot be left out intentionally). The absolute minimum Wajib is to say it once, however it is better to say it 3 times at a minimum, and then increase for extra reward.

Duas are not said in the Rukoo’, this is for the Sujood only, but there are other forms of Tasbeeh which can be said in place of or in addition to Subhana rabbee al-‘Adheem.

As for some of the Adhkar which have been narrated for the Rukoo’, they can be said after saying the Tasbeeh. The Tasbeeh is Wajib, whereas the other Adhkar are Mustahabb/Sunnah (recommended).

The other Adhkar which have been narrated regarding the Rukoo’ are said after saying the subhana rabbee al-‘Adheem at least once. The Tasbeeh must be said first, and then followed by the other Adhkar for extra reward.

As for Dua al-Istiftaah which is said after the Takbeer, it is better not to combine between them in a single Salah, rather only one is said at a time.