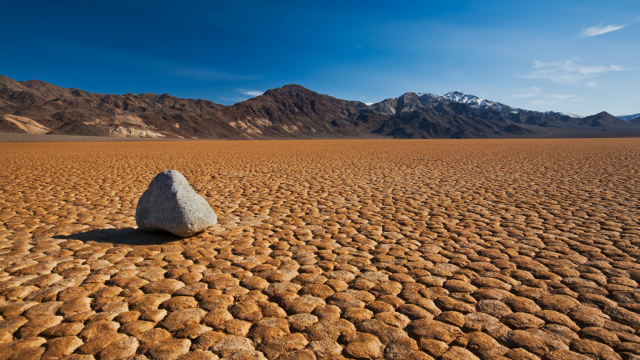 There are many examples of stories and narrations that are fabricated regarding the Companions of the Prophet (sal Allaahu alayhi wa sallam) and other righteous people. Sometimes this is done to insult them, often in an indirect manner by fabricating stories which appear to be innocent but the intent is to insult. [1]

Other times the intent behind it is to exaggerate in the praise of the Companions. This is something which started with the Prophet (sal Allaahu alayhi wa sallam); ignorant people exaggerated his status such that they gave him divine godly attributes which are reserved for Allaah alone. The same was done for many righteous people afterwards. This is despite the fact that the Prophet (sal Allaahu alayhi wa sallam) repeatedly warned against exaggerating in praise (Ghuluww), especially towards the end of his life.

Do not praise me like the Christian over praised ‘Eesa the son of Maryam. I am only a worshipper, so say: The worshipper of Allaah and His messenger. [3]

The Prophet (sal Allaahu alayhi wa sallam) also rebuked and censured the Jews and Christians because of their Ghuluww (exaggeration) for their righteous their Prophets. He said,

May Allaah curse the Jews and Christians, they took the graves of their prophets to be places of worship. [4]

Exaggerating in praise of the righteous people is an avenue that Shaytaan uses to lead people to Shirk.

Unfortunately many weak narrations and fabricated stories have become widespread amongst the people, being mentioned and narrated repeatedly on the pulpits and during sermons and sittings. One such story that is mentioned in some history books and spoken of amongst people is that the grandson of the Prophet (sal Allaahu alayhi wa sallam) Al-Hassan Ibn Alee Ibn Abee Taalib (may Allaah be pleased with him, his father and mother, and the rest of the family of the Prophet) was famous for marrying and divorcing. He married a hundred women and divorced many of them, to the extent that his own father Alee Ibn Abee Taalib would warn people against marrying their daughters to him.

This story has been mentioned in a number of books with different wordings and different numbers. Some narrations mention 70 wives, 90 wives, 250 wives and even a narration mentioning 300 wives. An intelligent person would immediately recognise the ludicracy of these numbers, yet despite this these narrations still exist are oft-mentioned.

A mention of some of the narrations [5]

Most of the narrations that are mentioned regarding this are by Abu Taalib Al-Makee, the author of the book ‘Qoot Al-Quloob.’ He is the one who claimed the number of wives that Al-Hassan (may Allaah be pleased with him) married and divorced. However he was known for mentioning various strange narrations and Ahaadeeth which have no basis at all.

The other narration is by Abul Hadeed from ‘Alee Ibn Abdillah Al-Basaree (died 225h), he was considered to be from the weak untrustworthy narrators from whom narrations are not accepted. For this reason Imaam Muslim did not narrate from him in his Saheeh.

Additionally, the above narrations contain narrators who were known for weakness in narrating, or in the case of one of the narrators – Ibn Ju’dubah – for being a fabricator of narrations.

Other points to consider

In addition to the weak narrations, there are other points that should be considered to avoid making similar mistakes:

Firstly: Our point of reference for the religion is in two things: the Book of Allaah and the Sunnah of His Messenger, both sources have to be implemented according to the accumulative understanding of the Salaf (the early pious scholars). The religion is not taken from dreams, visions, miracles or individual actions of specific companions.

Secondly: A Muslim should also have a consideration for the dignity and integrity of the noble companions of the Prophet (sal Allaahu alayhi wa sallam). Could it ever be the case, that the grandson of the Prophet – Al-Hassan Ibn ‘Alee – would marry and divorce hundreds of women? Some fabricated narrations mention him marrying and divorcing a number of women on the same day. Could it ever be that he would have this level of disregard for the honour of Muslim women?

3. We should realise the difference between narrations of Ahaadeeth and narrations of historical events. A Hadeeth has been checked and verified via the precise science of Jarh wa Ta’deel (the disparagement or praise of the narrators). Each narrated Hadeeth went through a stringent process of critical analysis to verify its authenticity. However narrations of history are often mentioned without any checking or analysis. The reason for this is because the Ahaadeeth have a direct influence on our religion and worship, we deduce rulings from them. However historical narrations have no or very little effect on our worship, and because of this, fabricated and weak narrations are sometimes written in history books.

5. Adh-Dhahabee mentions the sons of Al-Hassan (may Allaah be pleased with him), they are: Zayd, Al-Hassan, Talha, Al-Qaasim, Abu Bakr, Abdullah, ‘Amr, Al-Husayn, Muhammad, Ya’qoob and Ismaa’eel.

So Adh-Dhahabee (may Allaah have mercy upon him) mentioned that Al-Hassan (may Allaah be pleased with him) had 11 sons, and perhaps a few daughters. [6]

If it was true that he had 75, 100 or 200 wives then the number of children would have been many many more. A person having 11 sons and a few more daughters is not something which is uncommon especially in those days in which the norm was for Muslim men to marry more than one wife.

4. We should be very careful when speaking about Islaam or passing a judgement. This includes forwarding texts and messages containing information and narrations. We should verify everything before we share it. Allaah, the Most High, commanded us,

{O you who have believed, if there comes to you a disobedient person with information, investigate it, lest you harm a people out of ignorance and become, over what you have done, regretful} [49:06]

You should also know that the issue of speaking about Allaah or His religion without knowledge is very severe, in fact it is the severest sin. Allaah, the most High said,

{Say, ‘My Lord has only forbidden immoralities – what is apparent of them and what is concealed – and sin, and oppression without right, and that you associate with Allah that for which He has not sent down authority, and that you say about Allah that which you do not know’} [07:33]

May peace and blessings be upon our Prophet, his pure wives, blessed family and companions.

[1] An example of such a story is what has been fabricated regarding Umar (may Allaah be pleased with him) that he buried his daughter alive during the days of Jaahiliyyah. For clarification regarding this story please read: https://www.madeenah.com/did-umar-ibn-al-khattaab-bury-his-daughter-alive-in-the-days-of-jaahiliyyah/

[3] Narrated by Ibn Abbaas, who heard Umar narrating this Hadeeth; Collected by Al-Bukhaaree

[5] The basis of this article has been summarised from Dr. A. M. Sallaabee in his Arabic book: Khaamis al-Khulafaa ar-Raashideen Al-Hassan Ibn Alee Ibn Abee Taalib.