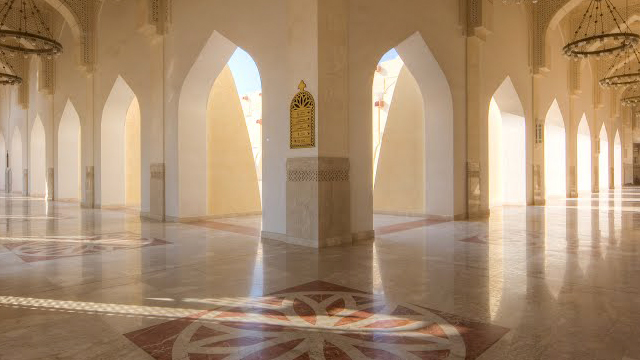 Question: Oh noble Shaykh (may Allah preserve you), this question is from a group of brothers living in the West. Many of our scholars have given fatawaa stating the permissibly of non-Muslims entering the masjid when there is a benefit. From amongst those scholars were Bin Baz, Al-Albaani, al-Uthaymeen, (may Allah have mercy on them), and it is also the fatwa of The Permanent Committee [for Islamic Research and Verdicts]. As for the Eid prayer, it will be performed in a public park with permission granted by the local government; thus, it is quite possible that local and security officials will attend [i.e. you cannot prevent someone from coming to a public park]. In fact, we would like to invite some of these officials so that they can witness the excellence of Islam, listen to its virtues, and understand its rejection of extremism, terrorism and other accusations made through the media. This is especially important since we live under a non-Muslim government and these relationships will help repel evil directed towards Islam and the Muslims.

So, we would like some advice from you as it relates to this affair. May Allah reward you with good.

Response: Firstly, the only Masjid that is not permissible for the non-Muslims to enter is al-Masjid al-Haram (i.e. Makkah). As for any other masjid, there is no text (i.e. Qur’an or Sunnah) which prevents a non-Muslim , whether Christian, Jew or Idolater, from entering the masjid for the purpose of hearing the message of Islam. So the only masjid [that they cannot enter] is al-Masjid al-Haram, as Allah mentioned:

“Verily the Mushrikun (i.e. polytheists) are impure so let them not come near Masjid al Haram after this year…” (9:28)

As for any other masjid, then there is leeway in this issue, [especially] if there is a possibility for them to listen to the message of Islam. Allah says:

“If one of the Mushrikun seeks your protection, then grant him protection so that he may hear the words of Allah” (9:6)

Listening to the message of Islam and clarifying that the religion of Islam is one of mercy and gentleness, one that calls to the servitude of Allah alone and strictly prohibits the worship of human beings – there is no doubt that this will be a cause for the guidance of these people. And I don’t think that anyone from the scholars who are firmly grounded in knowledge would say that it is impermissible for the non-Muslims to enter into the Masjid.

The Questioner said: “No. O noble sheikh, what they are saying is that ‘calling the government officials who are non-Muslims is not from our way (i.e. manhaj)’ and the likes of this type of speech.”

“Indeed you have in the Messenger of Allah a good example to follow…” (33:21)

So if it is possible to call the leaders and government officials to the religion of Islam, then this is a benefit for them as well as benefit to the call (i.e. da’wah) to Allah’s religion.