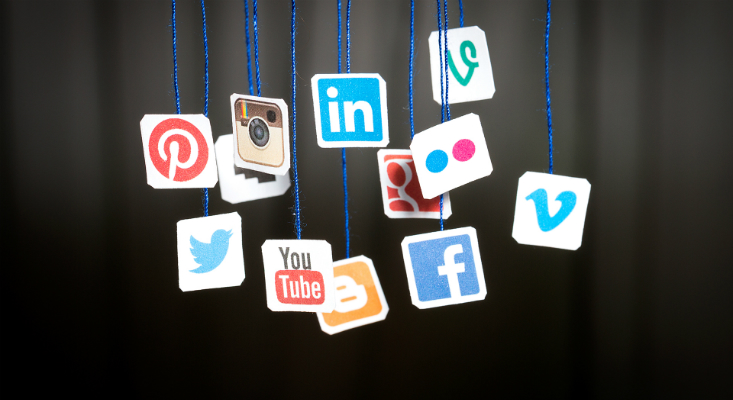 One of the easiest avenues of immense reward – and conversely much punishment – is social media. This point is further illustrated when we consider how a single message may reach thousands, if not millions within an instance. A person may not pay a moment of thought to his or her ‘tweet’, ‘post’ or ‘snap’ and yet the consequences can be dire.

In fact, this is a clear testification to the statement of the Prophet (sal Allaahu alayhi wa sallam),

a person makes a statement which pleases Allah; he does not give it much consideration, but it reaches as far as it reaches, and his rank in Paradise is raised due to it.

A person makes a statement which angers Allah; he does not give it much consideration, but it reaches as far as it reaches, and he is thrown into the Fire due to it. [1]

Our “posts”, “tweets”, “pins”, “snaps” and other forms of social media can either guide many people or indeed misguide; you could be opening the doors of Paradise through them or opening doors to the Fire.

In order to ensure such avenues earn us reward from Allah, we should keep the following guidelines in mind:

Any worldly action can be transformed ‘into Ibaadah (worship) based on one’s intention. If you post via your account because you want followers or seek fame, your action is restricted to worldly gain. But if you utilise your accounts to please Allah and guide others, you will be rewarded in the Aakhirah (Hereafter).

Of course, one’s intention is not sufficient, rather the action itself must also be within the limits of Islam.

Use your account to encourage others to do good, inspire people to believe and a means to guide others. Do not use your account to spread disobedience, filth and corruption. It is saddening to see how many young Muslim men and women are misguiding so many others.

The concept of Hijab has been changed from one of modesty and covering, to fashion and attracting attention. Music is being “Islamised”, thereby justifying it in the minds of many naïve Muslims.

Do the creators of such accounts forget that after their fame dies, they will leave this world and their reckoning will be with Allah? Then they will be questioned about the people they led to disobedience.

3. You cannot be anonymous from Allah.

One of the traps of social media is that it allows any person to become whoever he or she wants. A person can assume the identity of another or remain anonymous, posting according to one’s desires but without facing any repercussions.

But remember your Lord is the one from whom even your inner thoughts are not concealed, there will be no anonymity on the Day of Reckoning. So anything which you would not post using your real identity, do not post it anonymously.

{Warn them (O Muhammad) of the Day that is drawing near, when the hearts will be choking the throats, and they can neither return their [hearts] to their chests nor can they throw them out. There will be no friend, nor an intercessor for the oppressor who could be given heed to.

4. Be sure any Islamic post you make is correct and authentic.

Being careless in investigating the authenticity of a Hadeeth or the validity of an Islamic ruling is not only dangerous for one’s own self, but it can also misguide many others. Look to what trusted scholars have said regarding the Hadeeth or the ruling you are about the broadcast.

whoever lies upon me intentionally, let him prepare his place in the Fire. [3]

A person who does not ensure his information is authentic and accurate may indeed enter into the above Hadeeth.

5. Verify before you make a judgement.

This is especially important when it relates to other people. The Prophet (sal Allaahu alayhi wa sallam) said,

it is sufficient for a person to be considered a liar, that he conveys everything he hears. [4]

It is not acceptable for a person to blame the one who sent him the original information, even if it was a person of knowledge. Rather a person must always verify and investigate before posting.

{O you who have believed, if there comes to you a disobedient one with information, investigate, lest you harm a people out of ignorance and become, over what you have done, regretful} [49:06]

Before you press that button, think, think and think once again. A person is in control of his tongue as long as he has not said a word, as soon as the word is said, he is no longer in control. Similarly, you are in control of your tweets and posts as long as you do not send them. Once they have been sent, you have lost control. Before you can delete it, it will have already reached thousands of people and perhaps screenshots have already been taken, so do not be hasty.

Patience and deliberation is from Allah; hastiness is from Shaytan. [5]

7. Leave behind a legacy of goodness.

You may die within an instance, and suddenly you have left behind several social accounts to your name. Your posts, tweets and photos will remain long after you have died. You can either leave behind sound knowledge and goodness, or you leave behind immorality, indecency and disobedience. Either way it will the legacy which defines you, and you will continue being rewarded or punished on the basis of what you left behind.

Using a catchy title to merely attain numbers is only important to a person who is calling to himself or a business and not to Islam. In Islam, numbers and followers do not matter, only that you speak the truth and speak it in an appropriate manner. Of course, we want the Da’wah to reach as many people as possible, and we are happy when we see more people guided, but this is not the objective in of itself.

Be careful of using clickbait strategies with Islam such that you use shocking titles to draw the attention of people and gain followers. Do not fall into the plot of Shaytan who tells you “use any means, as long as the objective is Islamic”. Rather a Muslim must ensure that both the objective and the means are islamically correct.

{Say, “This is my way; I invite to Allah with insight, I and those who follow me. And exalted is Allah; and I am not of those who associate others with Him.”} [12:208]

9. Islam is a religion of priorities.

Do not lose focus of your priorities in the real world while you concentrate on the virtual world.

Your social accounts should not delay your Salaah, neither should they distract you from your family. The successful person is the one who remains balanced and fulfils all his responsibilities and prioritises.

We should not shy away from using social media and technology to further Islam. Where there is falsehood, it must be countered with the truth; we should not leave any domain devoid of the Da’wah, but at the same time we should not let this distract us from other responsibilities.

I ask Allah, the Exalted, to show our Muslim youth the path to guidance, and give them the ability to traverse it. May peace, blessings and salutations be upon the best of creation.

[5] Narrated by Anas Ibn Maalik; Collected by Al-Bayhaqi & others

jazakumuLahu khoiron for this beautiful write up, may Allah accept it from you as an act of ibadah

Aameen wa iyyaakum.
May Allah reward you for your kind words and supplications.

May Allah reward you with Jannatul Firdaus. I came across this article while searching the internet for materials in preparation for a public lecture on positive and negative effects of social media. I found your write up worthy of reading, I benefitted a lot. Jazakallahu Khaira

May Allah reward you for your kind words, and make your lecture an avenue of guidance for others.

Can I make a post out of it which will be a reminder for myself first then for others?
If you want credits I shall give that too!

Thank you so greatly for your writing. TRULY, may Allah reward you for trying to teach us that which you know is of importance.

I hope I do not offend; I am just seeking an understanding of matters as they are being taught. Would beneficent Allah truly *punish* my (older) teenager with “the Fire” for a social-media mistake? I ask this because he is away at school for first year, and I imagine he gets into *some* mischief, but he surely, eventually learns through it, as we all strive to learn. And I love my son so much. -Esha Arif

The threat of a punishment does not necessitate that Allah will punish. The threat is there to discourage people from doing sins, and Allah may – or may not – forgive a sin according to His wisdom.

In addition to the above, sins are expiated by seeking forgiveness, performing good actions, due to the Du’a of others and other ways.

A person is not held accountable if an action was done out of forgetfullness or ignorance.

You can email admin@madeenah.com and your email will be forwarded to the respective author.