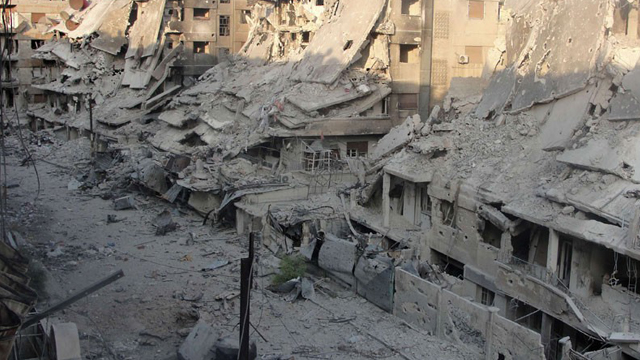 Reference: Khutbah delivered by the Shaykh on Friday 9 January, 2008

Second part of the Khutbah

…after the opening of the Khutbah:

O Muslim; from the wisdom of Allaah in the life of this world, is the struggle between truth and falsehood, and the overpowering of the people of disbelief and misguidance over the people of faith and piety. It is a perfect wisdom, and Allaah has wisdom over what he decrees and brings to pass.

However, the true believer believes in Devine Decree, he believes in the good of it and the bad of it, the sweet of it and the sour of it. He has firm faith due to his knowledge that Allaah is all Wise in what He Decrees, no matter how great the calamity and severe the catastrophe. The believer thinks well of his Lord, and knows that whatever Allaah decrees due to His wisdom, then the consequences thereof, their knowledge is with Allaah.

You may hate something and Allaah decrees a lot of good in it, how much do people hate calamities and how much good happens due to them in the future.

Allaah the Elevated knows and you know not:

There is no doubt that what our brothers in Gaza are going through is a tremendous trial, hearts are strained in pain and sorrow when witnessing such extreme images, which indicate immense spite and a wide-spreading evil. But Allaah is all Wise over them, and Allaah is more merciful to His servants than a mother is to her child.

So it is upon the Muslims to be steadfast and patient, and hold fast to this religion, to be patient in the face of calamities and not break down. They must be fully attached to and have trust in Allaah, seeking victory from the Lord of the worlds.

It is upon the Muslims to rush, all of them, in provide aid to the wounded, and the great good that this country has given in aid, there is no doubt that this is evidence that there is mercy and compassion in the hearts of the rulers for the Muslims, may Allaah grant them success in practicing what Allaah loves and is pleased with.

However, these efforts must be multiplied, and we must supplicate to Allaah during the last part of the nights and during the day, that Allaah alleviates the calamities from them, and to turn His wrath upon the humiliated enemy, which is not prevented from a criminal people.

We ask Allaah to rectify the affairs of the Muslims, and to unify their hearts upon goodness and piety. Know that what is important, is that we think good of our Lord, and we do not say `why is this happening?` This is Devine Decree, and Allaah is the all Wise over them, a servant does not know of the consequences of events.

Allaah the Elevated said to His Messenger during the battle of Uhud, when he and his companions were afflicted with calamities, such as the death of his companions and other issues, Allaah revealed:

{When a single disaster smites you, although you smote (your enemies) with one twice as great, you say: “From where does this come to us?” Say (to them), “It is from yourselves.” And Allaah has power over all things.}

So it is upon the Muslims to be steadfast and patient:

{O you who believe! When you meet (an enemy) force, take a firm stand against them and remember the Name of Allaah much (both with tongue and mind), so that you may be successful. And obey Allaah and His Messenger, and do not dispute (with one another) lest you lose courage and your strength departs, and be patient. Surely, Allaah is with the patient. And be not like those who come out of their homes boastfully and to be seen of men, and hinder (men) from the path of Allaah; and Allaah is encircling and thoroughly comprehending all that they do.}

And know, may Allaah have mercy over you, that the best of speech is the Book of Allaah, and the best of guidance, is the guidance of Muhammad – صلى الله عليه وسلم – and the worst of affairs are the innovated matters…conclusion of Khutbah with Du`aa.