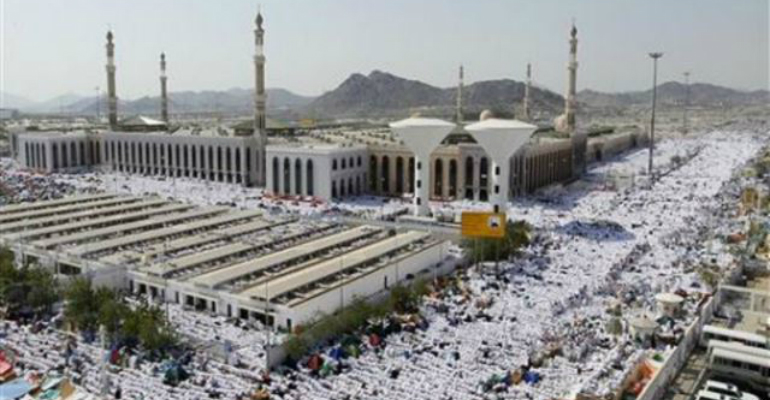 A day preferred over all other days; a day in which sins are forgiven and supplications are answered; a day in which Allah descends from His throne and says to the angels,

‘What do these people desire and seek?’

It is befitting therefore that we, as Muslims, know about this day and appreciate its virtue.

Corresponding to 9th Dhul Hijjah, wherein our brothers and sisters who have departed to perform Hajj stand together, ‘Arafah remains the core and essence of Hajj. This day Allah descends to the nearest heaven; He is proud of His slaves on the earth and says to those in heaven,

Allah boasts to the inhabitants of the Heavens (i.e. the angels) about the people of ‘Arafah, saying: look at My servants. They have come from far and near, with hair disheveled and faces covered with dust, to seek My mercy…

1. Allah perfected His religion on this day, and completed His favour upon us

{This day, I have perfected your religion for you, completed My Favour upon you, and have chosen for you Islam as your religion} [05:03]

‘Umar (may Allaah be pleased him) said regarding the above Ayah, ‘We know the day and place in which [this verse] was revealed to the Prophet (sal Allaahu alayhi wa sallam). It was when he was standing in’ Arafah on a Friday.’

2. Allah took an oath by this day

Abu Hurayrah (may Allah be pleased with him) narrates that the Prophet (sal Allaahu alayhi wa sallam) said, “the ‘witnessed day’ is the Day of ‘Arafah”

It is known that Allah would only take an oath by something of great importance.

3. It is the best day and the most beloved day to Allah in the year

Jaabir (may Allah be pleased with him) narrates that the Messenger of Allah (sal Allaahu alayhi wa sallam) said,

Muslim and others have reported from ‘Aishah (may Allah be pleased with her) reports that the Prophet (sal Allaahu alayhi wa sallam) said,

Allah frees more people from the Hellfire on the Day of `Arafah than on any other day, and Allaah draws closer this day and proudly says to the angels, ‘What do these people want and seek?’

5. It is a day held dear to ALL the prophets before us

The best supplication is that of the Day of ‘Arafah, and the best thing that I and other Prophets before me said, is: ‘La ilaaha illallahu, wahdahu la shareeka lahu. Lahul mulk wa lahul hamd wa huwa ‘alaa kulli shayin qadeer.’

For those not performing Hajj

To attain the reward of this blessed day, and thereby follow the example of the Prophets who came before, one should:

a. Fast the day of Arafah

Abu Qatadah (may Allah be pleased with him) narrates that the Prophet (sal Allaahu ‘alayhi wa sallam) said,

Fasting the day of `Arafah expiates the sins of two years: the past one and the coming one.

One should therefore fast on this day, and encourage friends and family to fast, so that our sins may be forgiven and we may be favoured amongst the righteous servants of Allaah.

b. Supplicate to Allah

c. Make remembrance of Allah – praising and glorifying him.

Through the above, the benefits, blessings and favours of the pilgrim are shared and Allah draws near; His Generosity and Kindness overflowing, as He boasts to His angels:

“He says ‘My slaves have come to me so lovingly,
and indeed I am, to them most Kind and Merciful,
Bear witness, I have forgiven their sins,
blessed them and granted them their hopes.”