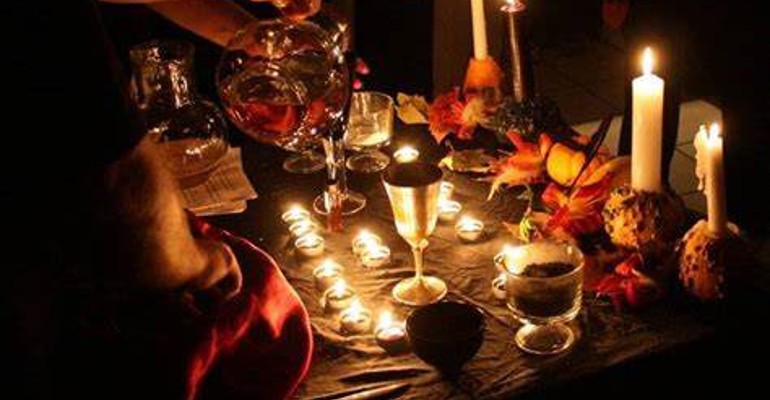 In the name of Allāh, the most Merciful, the Bestower of mercy.

This is a brief article that outlines the origins of Halloween, some of its traditions and the Islamic ruling of partaking in its festivities.

Halloween is a festival, with pagan roots, celebrated every year on the 31st of October. It originated from the Celts – a number of tribes pre-dating Christianity – who were the original inhabitants of Ireland, Britain and parts of central Europe.

The Celtic tribes shared pagan beliefs, until 432AD when many Celts converted to Catholicism as their religion, as a result of their conversion, they introduced some of their pagan beliefs to Christianity.

What are the origins of Halloween?

Halloween is said to originate from a Celtic pagan festival known as “Samhain” (lit. Summer’s End).

This festival marked the end of the harvest season (summer) and the start of the darker half of the year (winter). It was believed that this day – the end of October and the beginning of November – was the thinnest barrier between the living world and the dead world, wherein the spirits of the dead, evil ghosts and the souls of pagan gods could easily enter our world.

Samhain was most likely absorbed into Christian observance – or Christianised. Catholic festivals such as All Saints Day or All Souls day, festivals to honour martyrs and saints was moved to coincide with Samhain. The day then became to be known as All Hallows Day, the night before became All Hallows Eve, Hallowe’en, and eventually Halloween.

After being Christianised, Halloween has become increasingly commercialised and adopted into popular culture.

What are some of the practices of Halloween?

The history of trick or treating.

This is a game played when people, often children led by an adult, dress up in costumes and go house to house asking for food or money. Young women believed that on Halloween they could see in dreams or visions the identity of their future husbands by doing tricks with yarn or mirrors. The occupant of the house was given a choice of either giving a treat or be the victim of a devilish trick or mischievous deed.

Muslims are forbidden from partaking in Halloween.

Having learned about the origins of Halloween, that it was a pagan festival containing many evils and elements of shirk, partaking in any of its festivities of Halloween is not only Ḥarām, rather it is Shirk and Kufr. It entails the sin of imitating Kuffār in their festivals and celebrations, as well as celebrating aspects of Shirk. Celebrating it and partaking in its games and festivities also implies approval of its rituals.

A Muslim should instead hate such acts of Shirk, and be cautious of Kufr. It is Ḥarām to commemorate or celebrate Halloween, and any other celebration or festival of the Kuffār.

Celebrating Halloween can include the wearing of costumes, having special gatherings, trick or treating, decorating your house with Halloween-themed decorations, exchanging gifts to mark Halloween etc.

‘he who imitates any people (in their actions) is considered to be one of them.’ [1]

{And [they are] those who do not testify to falsehood, and when they pass near ill speech, they pass by with dignity} {25:72}

Ibn Kathῑr said in his Tafsῑr on this Āyah, ‘{Testify to falsehood} means attending pagan festivals.’ [2]