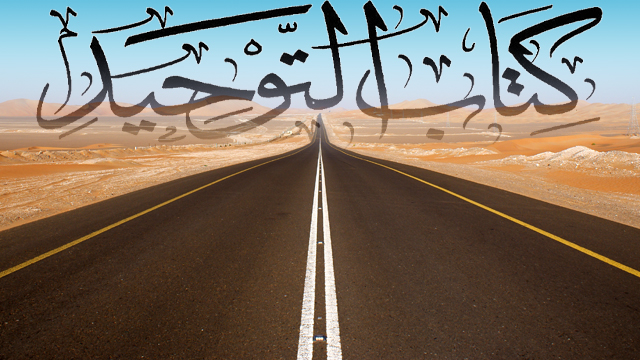 And it has been related about the Shaykh (rahima-hullaah) that on one occasion during his lesson, [his students] said to him – in a story which is [now] well-known:

O Abaa ‘Alee or O our Shaykh, we’re always studying ‘aqeedah and tawheed, tawheed and ‘aqeedah [so] until when [are we going to carry on]? We want to study fiqh.

[Clearly] they wanted to broaden their knowledge of the various sciences of Islaamic knowledge. And this [incident] occurred during the early period of the Shaykh’s da’wah [to tawheed]; So he said to them:

Allow me to ponder and reflect [on your request].

So when he arrived [for his lesson] the following day, they noticed [the expression on] his face had changed [from that which was his norm]. So they said to him:

What has upset you [O Shaykh]?

I have [just] been informed of news which has [really] disturbed me; And it is that in one of the houses [here] in ad-Dar’iyyah, a man has engaged in intercourse with his mother – and we seek refuge in Allaah [from such an evil deed].

[Horrified at the news] the students responded:

We seek refuge in Allaah [from such an evil deed]; How is that [possible]? We [have to] go and check [the authenticity of this story]; Thereafter, we shall see [whether or not it is true].

So when the student returned – clearly, the Shaykh had sent him as an educational exercise – delighted [at what he had discovered] he approached the Shaykh, and said:

[Relieved upon hearing this] the students said to the Shaykh:

Notice, how catastrophic the news of a man engaging in intercourse with his mother had been for them, and [rightfully so was] their great concern about this transgression against the law of Allaah; However, when the issue was one of major Shirk in the form described, their hearts were not enraged with emotion. This [clearly] indicates that [the true essence of] tawheed had not become firmly rooted [in their hearts].

And this [incident] is similar to what is the case today. [We notice how] some people see a woman without hijaab, and their hearts become enraged, yet when they see an innovative practice, or a major shirk occurring, their hearts are not stirred [the slightest]; Or if they see a dome over a grave – it is as if nothing has happened [and this is normal], so their hearts are not stirred with [the necessary] emotion [at such transgression against the law of Allaah].

Therefore the hearts have not yet [truly] learnt [and understood] tawheed; And because of this, the Shaykh (rahima-hullaah) said in his treatise ‘Kashf ash-Shubuhaat’:

…and to know that the speech of the ignorant one: ‘[As for] tawheed [then] we have understood it’…this is indeed from the greatest [signs] of ignorance and [indicative of] the machinations of Shaytaan.

Therefore, it is imperative that these priorities are in place, because [unfortunately] some people say:

This community of ours – and all praise is due to Allaah [alone] – is not in need of tawheed, [what] we need is [some] clarification of evil and detestable matters; we need [some] explanation of fiqh [issues].

So [in response] we say to them:

{And hold firm together to the Rope of Allaah, and do not be divided}, Soorah Aal-‘Imraan, Aayah 103.

And some of those with malicious intent benefitted from this [important] lesson; So Marx the Communist – in his correspondence with Engels – encountered some issues related to aiding the Proletariat and the future of Communist theorisation; And this was [all] before it was practical. [So] he (Marx) spoke about Shaykh Muhammad ibn ‘Abdil-Wahhaab, saying:

Look at that desert fox; How he has managed to wear the garment of ascetism, knowledge and religion and [despite doing so] managed to unite the [Arabian] peninsula upon a single word, and [now] he exerts himself in spreading it beyond [the peninsula].

…obviously, this [quote from him] is [all] based upon how he perceived the situation.

Because it is not possible for a country to [unite and] establish might, nor da’wah, nor the commanding of good and forbidding of evil except by way of group spirit and uniting upon a matter; And this matter is the tawheed of Allaah Jalla wa ‘Alaa. Anything other than it – wherever it may be – will simply not be adequate. That is because anything [other than tawheed] condones that which opposes [it], and tawheed [certainly] does not condone that which opposes it! [So] tawheed flows through [our] souls because it is the fitrah (natural disposition) [upon which we were created].

So because of that, there is might in gathering together upon the tawheed of Allaah Jalla wa ‘Alaa, and therein lies the strength to spread and prevail. And this is what the [wise and] reformist Imaam perceived; He did not consider it as a da’wah benefit for which he [should] plan, rather it came about as a natural result due to the adherence of the da’wah of [the Prophet] Muhammad sal-Allaahu ‘alayhi wa sallam. Therefore, bringing order to the main priorities was patently clear in the da’wah of the [wise and] reformist Imaam; So he began with the call to tawheed [and] knowledge [of the laws of Allaah] as he set about cultivating the society [upon this da’wah]. And his approach [in conveying the da’wah] differed according to the various denominations within the society, and so on.